Skip to content
HomeEntertainmentTragedy and Farce complete the Glyndebourne Festival 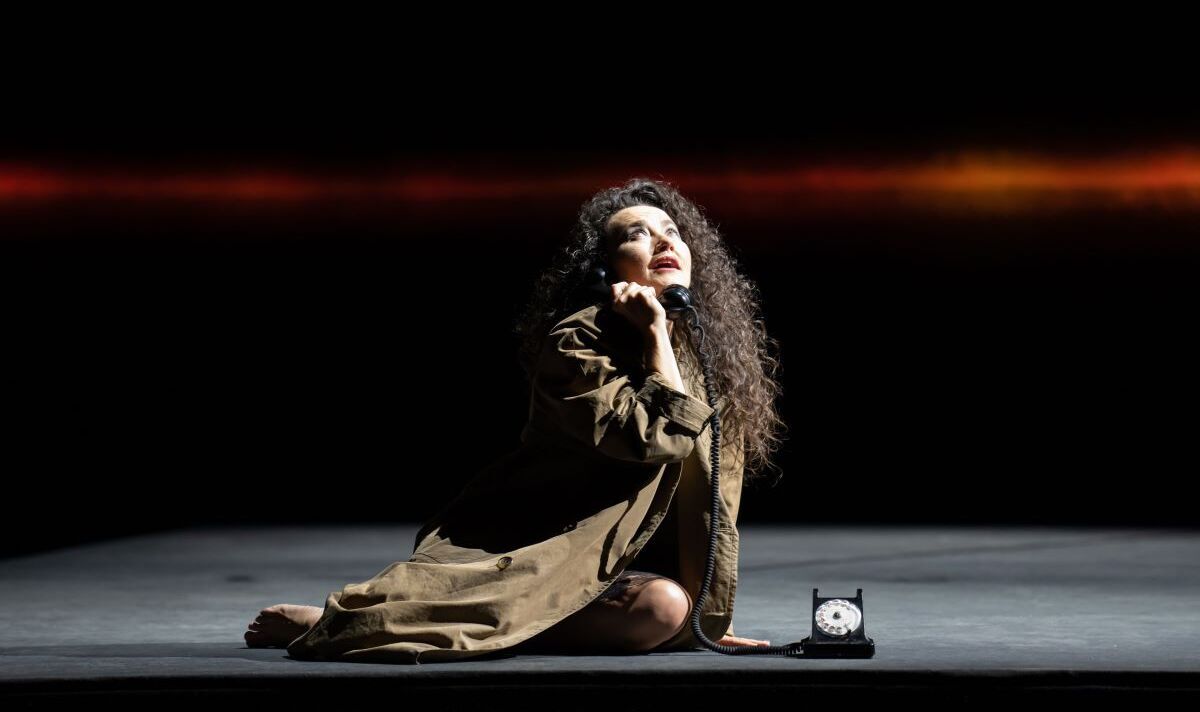 One could hardly imagine two operas more different: La Voix Humaine (the human voice) is grimly tragic while Les Mamelles de Tirésias (the breasts of Tirésias) is pure farce – but a farce in the French style, which makes it even more ridiculous.

The difference between the two makes them ideal for being separated by a picnic on Glyndebourne’s glorious lawn during their traditional 80-minute interval. This unusual pair completed Glyndebourne’s first Full Festival since Covid which as always had been put together with a great deal of thought.

Starting with the complete contrast of Ethel Smyth’s The Wreckers, which very few of us had heard of, let alone seen before, it continued with Mozart’s Marriage of Figaro, which we all knew and was even gloriously funnier than usual.

Then came a new and original production of Puccini’s La Boheme, some glorious singing in Handel’s Alcina, and a superbly funny production of Donizetti’s Don Pasquale before Poulenc’s double bill completed the season.

As the sole performer on-stage in La Voix Humaine, the French soprano Stéphanie d’Oustrac, who was the grand-niece of Poulenc himself, had a lot to do and did it brilliantly.

Her role was that of a suicidal woman, referred to only as “Elle” (She) accompanied only by a telephone which increases her despair with crossed lines interfering with her attempts to talk to her ex-fiancé.

The role is packed with emotion which d’Oustrac conveyed in excellent anguished style with a beautiful voice. Robin Ticciati, conducting the London Philharmonic Orchestra, brought out the magnificence of the music, reminding us what a fine composer Poulenc could be.

Les Mamelles de Tirésias was something completely different. After an over-elaborate prologue in the pretentious style that passed for humour in Paris in the first half of the 20th century, we are introduced to Thérèse, a proto-feminist fed up with being a housewife and longing for the life of a painter, a politician or even a president.

As she unbuttons her blouse, her breasts fly away and she starts to grow a beard. Her husband, whose name we never learn, is horrified but meekly starts to dress like a woman and accepts the role of housewife. A policeman later falls in love with him, thinking him to be an attractive woman.

As early surrealist comedy (the play on which this opera was based was written by Guillaume Apollinaire, who invented the word “surrealism”) it is all too arty and French to be really funny, but that is made up for in this production by the French director Laurent Pelly.

When the poor husband invents a machine for mass-producing babies, we are treated to thousands of singing babes on stage, of whom only the front row are the real Glyndebourne chorus, but the rest look very convincing.

It is all great fun, but as with La Voix Humaine, I could not help feeling that we were seeing a five-star production of a three-star opera. Hence my four-star rating.