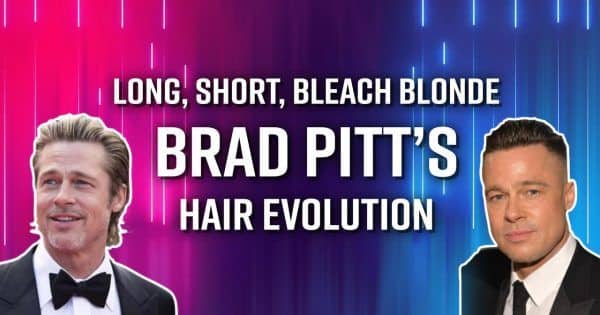 Brad Pitt is undoubtedly one the most versatile actors. He is very much popular for his amazing hairdos. Know about his best ever-changing looks. Watch the video.

American actor Brad Pitt is well known for his versatility in the Hollywood Industry. He has received multiple awards and nominations such as Academy Awards, a Primetime Emmy Award, two Golden Globe Awards, and more. The actor has been a part of some of the most iconic genre films over the years. Brad is one of the most stylish actors in the history of Hollywood stars. The actor loves to do some extraordinary experiments with his hairstyles. We have seen his hairstyle evolution for years. Brad is very much popular for his aesthetic hairdos. In this video, we will tell you about Brad’s best hairdos till now. Watch the video to learn more.