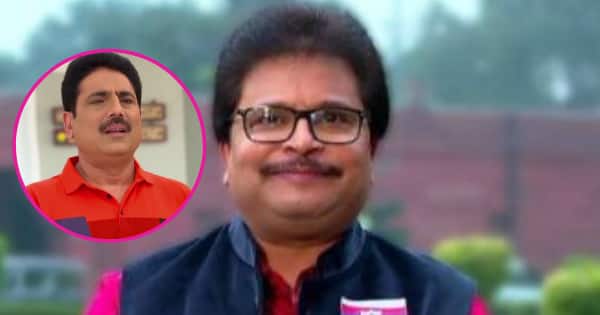 Taarak Mehta ka Ooltah Chashmah has been in the news for various reasons in the last couple of weeks. With the cast members celebrating the 14 years of the show to popular celebrities leaving Taarak Mehta Ka Ooltah Chashmah, Asit Kumarr Modi‘s exclusivity contract and whatnot. And now, the producer Asit Kumarr Modi has reacted to the popular actor Shailesh Lodha’s exit from the show. Shailesh played Taarak Mehta in the most loved sitcom. However, he recently quit the show. A lot was said about the same. Here’s how Modi has reacted to it…

In a new video that is going viral online, we see Taarak Mehta Ka Ooltah Chashmah producer Asit Kumarr Modi talking about the exit of Shailesh Lodha. He says that he has always tried to keep everyone together. However, if some people don’t want to come at all, if they are done and feel that they have done a lot, want to look (for professional opportunities) elsewhere and not just stay attached to doing only Taarak Mehta Ka Ooltah Chashmah, despite him trying to convince him, he cannot do anything. It won’t stop the show and viewers will get to enjoy the new Taarak Mehta. “Dekhiye jaise maine pehle bhi kaha hai, mai sabko sath me jod ke rakhna chahta hu. Lekin agar koi log ana hi nahi chahte, unka pet bhar gaya ho, unko lagta ho humne bohot kuch kar lia, aur kuch karna chahiye, humko sirf TMKOC tak simit nahi rehna, wo nahi samajhna chahte, mai fir bhi unko kehta hu ki bhai sochiye samajhiye. Lekin agar nahi aayenge toh, jarur, show rukega nahi.” He said that if the old Taarak Mehta returns, they’d be happy and if the new Taarak Mehta joins, they’d still be happy. In the end, all that matters is entertaining the audience and bringing a smile on their faces.

As per a report in ETimes, the exclusivity contract that the producer made the artists sign has been an issue. Shailesh Lodha wanted to do more than just be Taarak Mehta and he was not being utilised for more than 15 days of the month. The actor didn’t want to stay at home for the rest of the time. But the exclusivity contract bound him. This has created an issue with the rest of the cast members too, it seems. Meanwhile, there are reports that Raj Anadkat is also quitting the show. However, he didn’t give a definite answer.