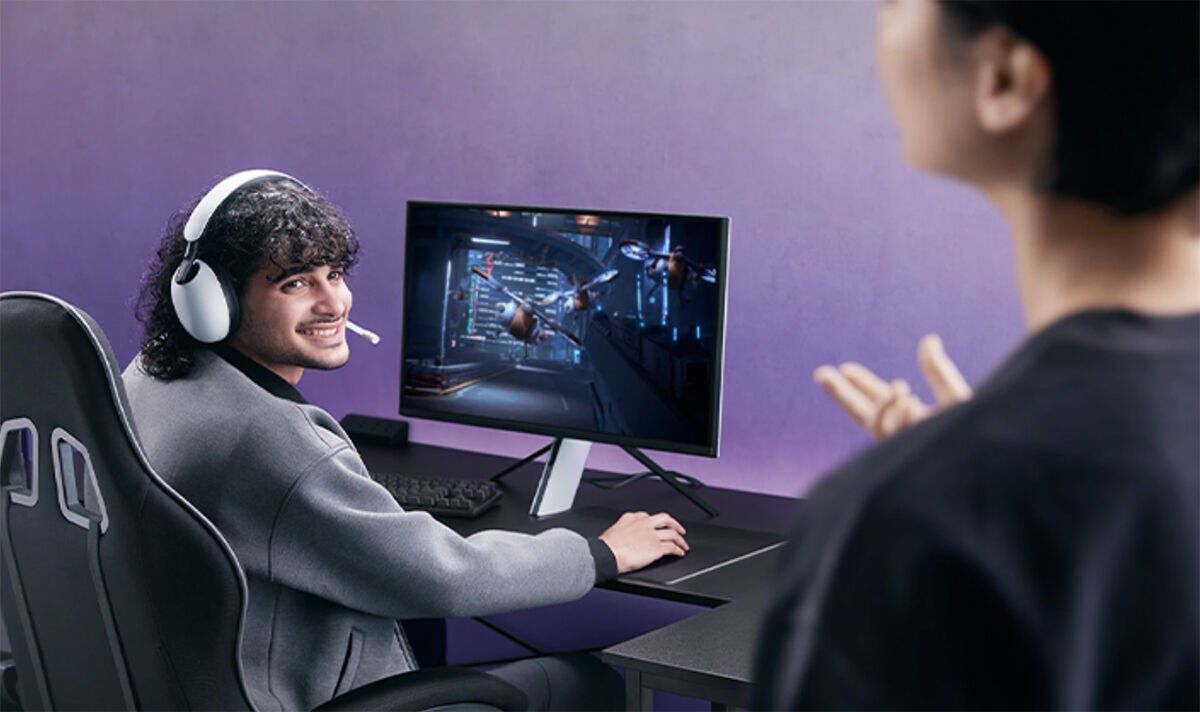 In Express Online’s PS5 review, we waxed lyrical about the innovative DualSense controller and the console’s graphical capabilities, not to mention the super speedy hard drive. What we didn’t talk about is the PlayStation 5’s 3D audio functionality, which is powered by Sony’s very own proprietary audio engine called Tempest. While 3D audio is compatible with most headphones and speakers, the release of Sony’s INZONE H9 gaming headset gives us a chance to try it with hardware that was built specifically with the technology in mind. Does Sony’s newest headset justify its premium price tag? Read our Sony INZONE H9 review to find out.

Right out of the box you’ll notice that the H9 headphones match up perfectly with your PS5 console and DualSense controllers, featuring the same black and white colour scheme that’s both timeless and stylish.

It’s a far cry from the incredible bulk that is the PlayStation 5, featuring an understated design and lightweight build that strikes the perfect balance between style and comfort.

The curvy ear cups aren’t quite as slender as your average SteelSeries headphones, and the all-plastic casing doesn’t necessarily scream luxury, but the H9 headset is easy on the eye and comfortable to wear during lengthy gaming sessions.

The lightweight feel is complemented by a suitably squishy cushioned headband, as well as snuggly soft ear pads that envelope your ears without leaving you covered in sweat.

Because they’re wireless, the headset’s various controls are dotted around either ear cup – the only downside being that you may have to remove the headset each time you want to tweak something, at least until you remember what everything does.

While you can’t account for taste, I have zero complaints about the H9 headset on a cosmetic level, preferring them to one or two more “premium” headsets that use better quality materials but are far less comfortable.

Of course, all of this would be for naught if Sony’s INZONE H9 headset didn’t deliver in the sound stakes.

Fortunately, the holy trinity of noise cancelling technology, 360 spatial sound, and wireless support guarantees full immersiveness where you’ll get lost in the game.

It’s excellent during explosive action sequences when bullets are flying and buildings are rumbling, not to mention adrenaline-fuelled missions when the soundtrack is thumping.

Like most gaming headsets, I do get the sense that the INZONE H9 was built with bigger, bombastic scenes in mind. You do lose a little clarity during in-game conversations when background dialogue can also be heard, and when using the flip mic to hurriedly converse with friends online – although the latter isn’t exclusive to Sony’s device.

For the most part, however, the INZONE H9 provides an exceptional audio experience, particularly in games that support 3D sound, like Returnal and Astro’s Playroom.

You’ll really notice the step up in sound quality when you switch from the H9 to a cheaper headset that wasn’t built to specifically showcase the PlayStation 5’s strengths.

The 32-hour battery is also not be scoffed at, and I like the way you can use Sony’s H9 headset while charging – which should be a mandatory requirement for any new headphone releases!

What I don’t like quite so much is the price, which at £269 is a little steep (although at the time of writing they’re on sale for £219), especially when Sony is offering a selection of perfectly serviceable alternatives for a lot less cash.

Pro players will almost certainly want a headset with a better microphone, while the more casual fan may want to opt for either the wireless INZONE H7 model without noise cancelling, or the £90 wired INZONE H3 headset.

Still, if you’re a PS5 owner and you want to experience spatial sound the way Sony intended, then the INZONE H9 headset is the best in class.

It looks good, feels great and sounds even better, making it the perfect companion for your PlayStation 5 console.