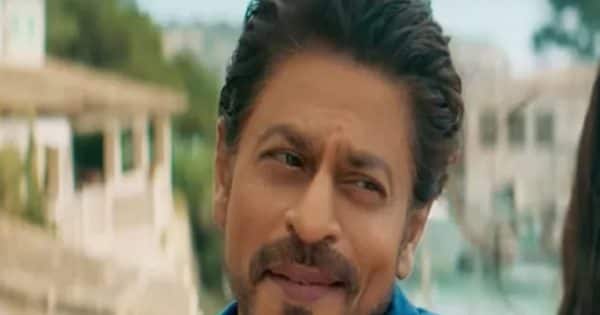 Pathaan: Finally the day has arrived, and the fans got to witness the superstar Shah Rukh Khan shining high on the screen after four long years and he ruled it. The first reviews of Pathaan are coming out and fans are going gaga over it and how. Yeh film has released today and the crazy demand for the first day of first show left the theatres distributors joyous and how. And now the fans who have managed to watch the film in the morning shows are hailing the film and calling it a cinematic joy. Shah Rukh Khan has left stunned with its’ action thriller and proved it the wait was all worth it. Along with Shah Rukh Khan, Deepika Padukone and John Abraham too have given stellar performances. Also Read – Pathaan box office collection Day 1: Shah Rukh Khan film breaks KGF 2 records by selling 5.56 lakhs tickets on the day of release

The comedy is a hit & a miss slightly unnecessary.

2nd half is ready!

The words of mouth of #Pathaan come out and the response is
???????
#Blockbuster, See yourself#PathaanAdvanceBookings #ShahRukhKhan #SRK? pic.twitter.com/7lGTyx0rxP

Shah Rukh Khan fans are going gaga with his first entry and having been sharing the glimpse as a tease that they made it in the first day forts show. While there are many critics who have been calling it Shah Rukh Khan’s career best performance and the most thrilling action film ever and these reviews is definitely leaving the audience restless to watch the film. Deepika Padukone and Shah Rukh Khan’s chemistry too is creating fireworks and fans are swooning over them in the theatres. It’s no less than the festive celebration. Sidharth Anand is receiving all the praise for this action thriller. Also Read – Pathaan Quick Movie Review: Shah Rukh Khan, Deepika Padukone, John Abraham deliver a delightful extravaganza