Skip to content
HomeEntertainmentPathaan: Here’s how Shah Rukh Khan is spending his time on the day of release of his big Bollywood actioner 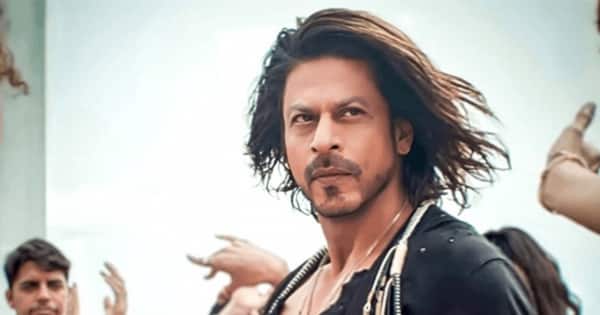 It’s Pathaan day. Shah Rukh Khan, Deepika Padukone and John Abraham starrer Pathaan produced under the YRF banner will be hitting the screens. The buzz around the film is immense and it is being expected that the film will review Bollywood’s dull spell at the box office. The advance ticket bookings for the film are proof of it. All the hard work is going to pay off as audiences flock to the theatres to watch Pathaan. But what will Shah Rukh Khan be doing on this special day? We know it. Also Read – Pathaan box office collection Day 1: Shah Rukh Khan film breaks KGF 2 records by selling 5.56 lakhs tickets on the day of release

What will Shah Rukh Khan do on Pathaan release day?

In an AskSRK session on Twitter, a fan asked King Khan about his plans. He was asked what will he be doing on Pathaan release day – whether he will be checking box office numbers or watch the film. Shah Rukh Khan had the best answer. He stated that he will be spending the day with his kids. He is a doting father and loves the company of his kids. Any chance he gets to spend time with his little ones, he grabs onto them. Shah Rukh Khan has always prioritised his family and here he is winning hearts again with his affection for his family. Also Read – Pathaan Quick Movie Review: Shah Rukh Khan, Deepika Padukone, John Abraham deliver a delightful extravaganza

The early reviews of the film are out and reviewers only have good things to say about Shah Rukh Khan’s Pathaan. We wish Shah Rukh Khan, Deepika Padukone, John Abraham and team all the luck.