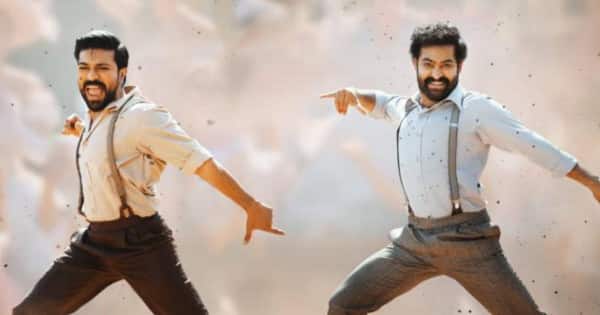 SS Rajamouli’s RRR is flying high with all the success the film has been receiving. After winning several accolades in the international belt the film has now moved forward for the Oscars. The film’s famous track Naatu Naatu has been nominated for Best Original Song at the Academy Awards.

SS Rajamouli’s period drama has bagged a nomination at the upcoming 95th Academy Awards. The film has got listed in the category of Best Original Song Naatu Naatu which featured Ram Charan and Jr. NTR. The song grooved many with its enthusiastic beats and now it has made Hollywood dance to it.

In the best original song category Naatu Naatu is competing with the other four songs. Songs that have been nominated for the category are, RRR’s Naatu Naatu, Applause from Tell it Like a Woman, Hold My Hand from Top Gun: Maverick, Lift Me Up from Black Panther: Wakanda Forever, and This is a Life Everything Everywhere All At Once. Actor Allison Williams and actor-rapper-producer Riz Ahmed announced the nominations on Tuesday evening.

This year’s Original Song nominees are music to our ears. #Oscars #Oscars95 pic.twitter.com/peKQmFD9Uh

RRR is a period drama helmed by SS Rajamouli. The historical drama revolves around two revolutionaries, the film is set in the era of 1920. It features Ram Charan and Jr NTR in the lead role and also cast Ajay Devgn and Alia Bhatt in extended cameo. The film became a blockbuster releasing in March 2022.