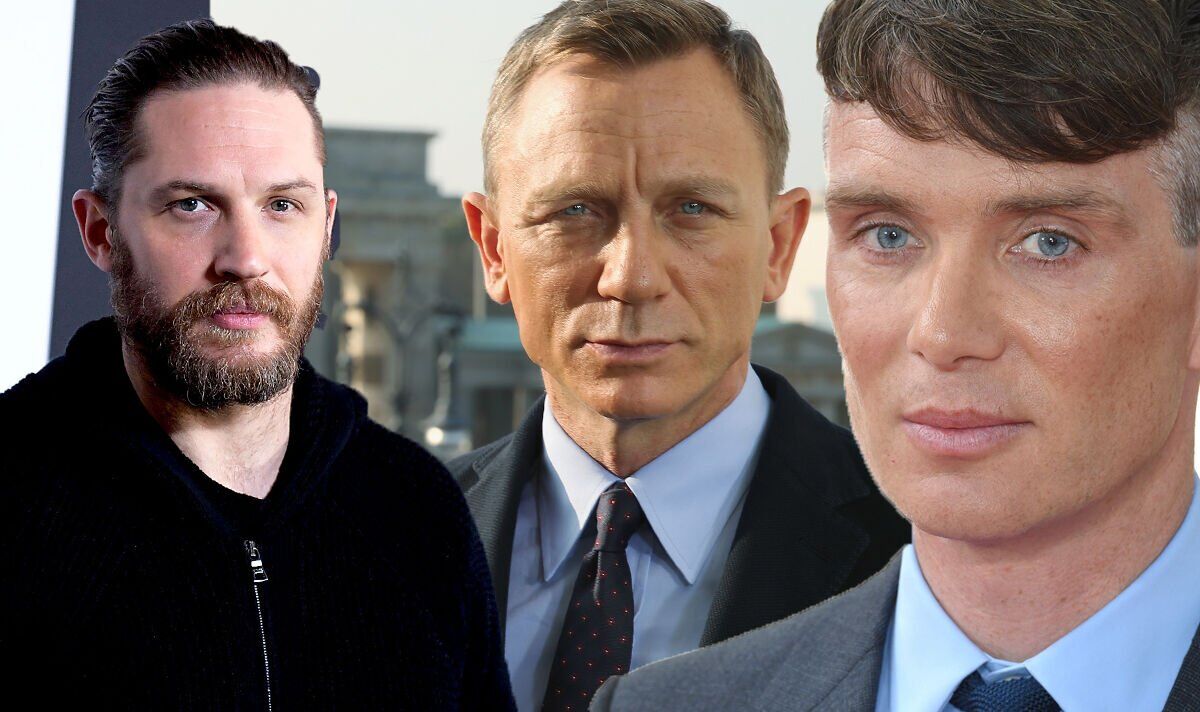 Daniel Craig‘s time as James Bond has come to an end. Although fans are still in mourning over the end of No Time To Die, change must happen. And the race to become the next 007 is now on.

While the official Bond replacement will likely be announced in the next year, the Bond odds are forever changing. And one of the fan favourites has continued to stay near the top of the leaderboard: Tom Hardy.

Hardy is best known for Venom, Inception and Dunkirk – which hits TV screens tonight at 8:30pm on BBC Two.

But the idea of him becoming James Bond has become a popular one, both with 007 fans and betters alike.

At the moment he has a strong fourth place in Ladbrokes’ odds, with a powerful 5/1 on becoming the new and improved Bond.

Although, in the past, he has vowed not to talk about the role.

Hardy previously said: “If I talk about it, it’s gone.” So he will certainly not be addressing his potential hiring anytime soon.

A spanner has been thrown in the works, however.

Cillian Murphy – Hardy’s Dunkirk and Peaky Blinders co-star – has recently had his odds slashed on becoming the next Bond.

Previously, Murphy had 20/1 odds with Ladbrokes, but this week they have been drastically slashed.

Elba, who is best known for playing Luther and Heimdall in the Thor series, has taken over the leaderboard in recent weeks.

The British actor now has an incredible 7/2 on becoming Daniel Craig’s replacement in the coming years.

The betting company’s Alex Apati said: “Idris Elba might be leading the way in the latest Bond betting, but the market is arguably more wide-open than it’s even been right now, and Cillian Murphy is among the standout names to see his odds slashed this week, from 20/1 to just 14/1. That puts him firmly back in among the frontrunners as far as we’re concerned.”

This is an incredible advancement for Elba, who previously claimed he was “happy with Luther”.

And his position in the next Bond movie is almost guaranteed considering Bond bosses Barbara Broccoli and Michael G Wilson recently confirmed his involvement in the series.

Broccoli said last year: “Well, we know Idris, we’re friends with him, and he’s a magnificent actor. And, you know, it’s been part of the conversation, but it’s always difficult to have the conversation when you have someone in the seat.”

James Bond No Time To Die is available to stream on Amazon Prime Video now.