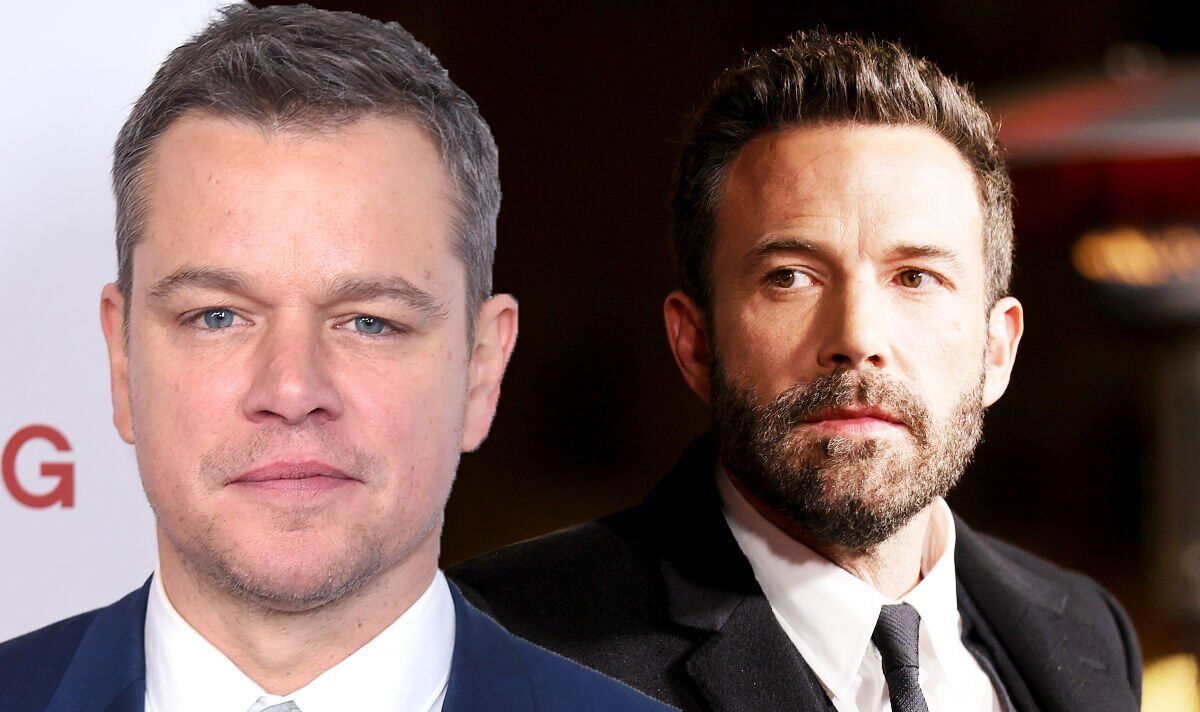 Later today Matt Damon hits Channel 4 TV screens to star in The Martian. The science-fiction epic from Ridley Scott was highly regarded and was nominated for seven Oscars in 2015.

But decades earlier, Damon and his best pal Ben Affleck worked hard on a script of their own, but they couldn’t get it made.

Together, Damon and Affleck wrote the screenplay for the drama Good Will Hunting in the late 1990s.

The pair eventually got it made by Miramax Films, but they struggled to get it over the line.

Affleck and Damon credited the movie being made and released to their good friend and fellow director Kevin Smith.

“Kevin saved Good Will Hunting,” Damon revealed. He said that the studios were reluctant to let them star in the movie that they themselves had written.

At that point, Damon and Affleck had starred in some smaller films, including Smith’s Chasing Amy.

And Smith backed up the young Hollywood stars. He told the studios in question that Affleck and Damon were the real deal.

Damon said: “The whole thing was we wanted to be actors. And he [Smith] got it to [executive producer] Jon Gordon and got people to believe in it.”

As it turned out, Smith’s support was all they needed. Miramax Films agreed to let Damon and Affleck star in the movie they wrote, on the proviso they were directed by Gus Van Sant.

Affleck and Damon were so thankful, they assured Smith they would not forget it.

“I promised him I would thank him if we ever got an Oscar,” Affleck revealed. However, he messed up when the moment came.

Good Will Hunting received nine nominations at the Academy Awards, and won two of them: Best Supporting Actor and Robin Williams, and Best Original Screenplay for Affleck and Damon.

When the duo arrived on stage to receive their award, Affleck recalled he “promptly forgot” to thank Smith.

Still, he noted it was “better late than never”.

Affleck praised Smith in an article with Entertainment Weekly.

He explained: “So I owe him very much, and he did that. He believed.”

Smith, at one point, was even down to direct Affleck and Damon on Good Will Hunting.

Looking back, Smith didn’t think he could do it.

“I still don’t think I would be good at making Good Will Hunting,” he confessed in 2020. “I did not have enough talent to pull it off then. Even now, I don’t think I do.”

On helping his friends out, he added: “I was happy to help them get their stuff made. And can you believe it? At one point in my life, I had enough juice to help somebody else?”

Good Will Hunting is available to watch on NOW.

The Martian is available to stream on Disney Plus.