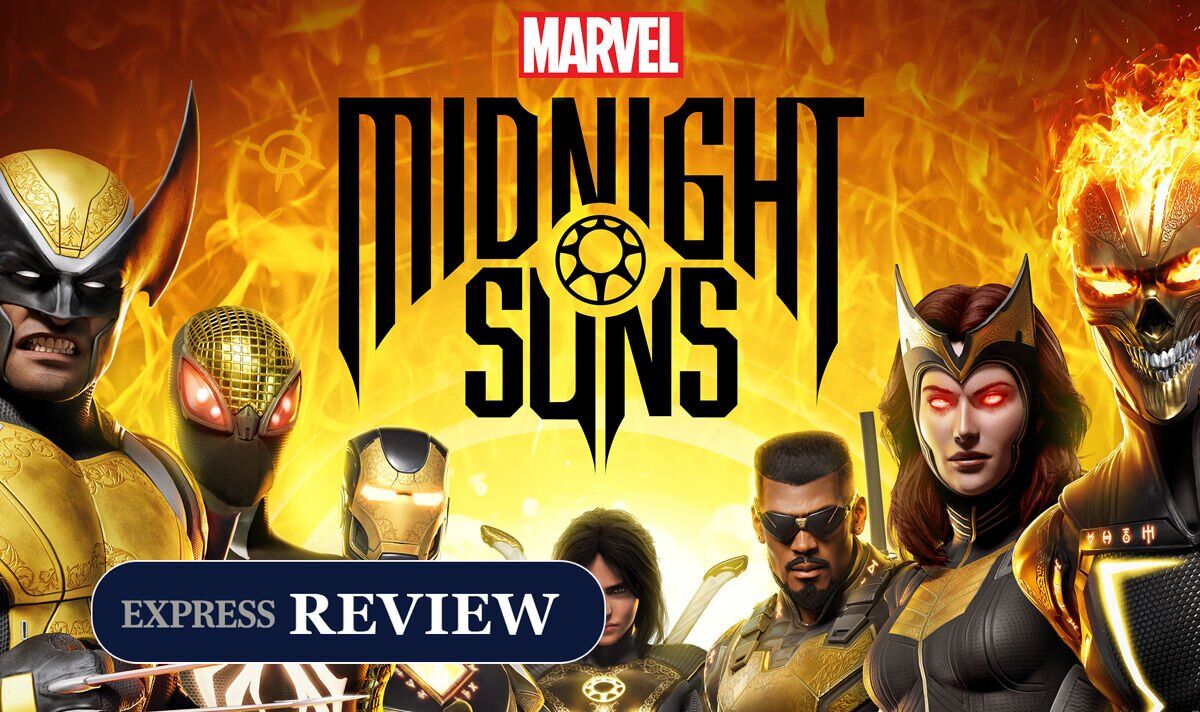 Marvel has been working hard to bolster its video game franchises in recent years, and they’ve had pretty mixed results. While the PlayStation exclusives Marvel’s Spider-Man and Marvel’s Spider-Man: Miles Morales were critically acclaimed and commercially formidable, Marvel’s Avengers fell flat, despite garnering a powerful fanbase. Marvel’s Midnight Suns is a completely different take on the comic book/video game intersection, with a shift in focus to the backstory rather than gameplay – but not everything pays off.

Let’s get it out of the way: Midnight Suns plays like XCOM. You move your roster of superheroes around a play area while utilising abilities, attacks, and special moves to defeat enemies, secure objectives, or gain a tactical advantage on the map. These skills are divvied out in a card system (think: Slay the Spire or HearthStone) so your characters – such as Doctor Strange, Iron Man, Wolverine, and a whole bunch more – have a string of powerful weapons and powers at their disposal to battle enemies, but in a completely random manner.

This card system attempts to add some depth to the game but, for me, only gets halfway there. Sure, for players with strategically-focussed deck-builder brains, this will be a breeze for them. They’ll no doubt be able to create the most optimal set of cards imaginable for each character or specific enemy type. But, for the simpler (read: bad at strategy) players like myself, it was easy to just let the game do what it wanted and come out on top either way.

Regardless of your deck-building stance, one thing is for sure: the abilities look fantastic. Marvel fans, like myself, are going to quickly settle in to watching Captain Marvel blast a binary beam through a group of melting foes; or Doctor Strange summoning a mystical axe to thwart a corrupted Venom. The graphics, art style, and finesse of the animation in Marvel’s Midnight Suns are worth the price of entry alone. This is easily one of the best-looking and most visually stunning Marvel games to date.

The combat itself is thrilling, as well. The tactical nature of each mission adds much-needed depth to the stylish powers demonstrated by the World’s Mightiest Heroes. And, much like other strategy games that have come before it (such as the aforementioned XCOM, or even the Mario + Rabbids series) there’s nothing quite as satisfying as pulling off a perfect round of combat and killing every enemy in one fell swoop with a perfectly executed plan.

Unfortunately, the combat is perhaps the only place where Marvel’s Midnight Suns falls short, as well.

The maps that your various battles take place in are extremely bland. Sure, they’re set in various different landscapes – a New York City street or building, the Sanctum Sanctorum, actual Hell – but they all feel very much the same. Few boil down to more than a simple square for fighting. Each mission has a set of environmental objects to interact with, such as boulders for Spider-Man to throw, or coffins for Blade to launch at people, but other than that, most of the mission areas are flat and boring. XCOM – the gold standard of strategy and tactics games – has various missions with verticality and side rooms to explore. Midnight Suns’ are simply a playing field for battling, much like a Warhammer board. If the combat wasn’t so darn fun and intricate, this would be a deal-breaker.

Still, there’s a lot to love about Marvel’s Midnight Suns – most of all the story.

The ancient order of magic-wielders, the Midnight Suns, is forced to resurrect Hunter – the player’s blank slate character – to help defeat Lilith, a demon set on the destruction of the world. Players can customise Hunter to an extent, from gendered body type and hair colour, but most importantly, they can use them to connect with the heroes in the game. Yes, just like Animal Crossing, you can spend quality time with Ghost Rider by playing video games with him. You can even give him gifts. It’s actually really sweet.

This Stardew Valley-esque portion of the game is wrapped up in a beautiful gothic household called The Abbey that is freely available to roam between missions. Here, Hunter can get to know the heroes a little better, lend an ear to a troubled Peter Parker, grab extra power-ups, dive into some of the story’s deeper lore, or just hang out in the gorgeous universe.

Marvel fans are going to adore the story and finer details of Marvel’s Midnight Suns. It is the kind of slice-of-life writing that is both enthralling and endearing.

Marvel’s Midnight Suns is not a perfect game by any stretch of the cosmos, but it has a lot going for it. Marvel fans will no doubt adore the style, story, and weight of every repulsor blast and magic spell ingrained within the game. Indeed, there are some deep cuts from comic book lore that will have every hardcore reader absolutely giddy. But, while the combat is enjoyable and exciting, its 30-hour campaign may drift into monotony as the maps only change a little as the story progresses.