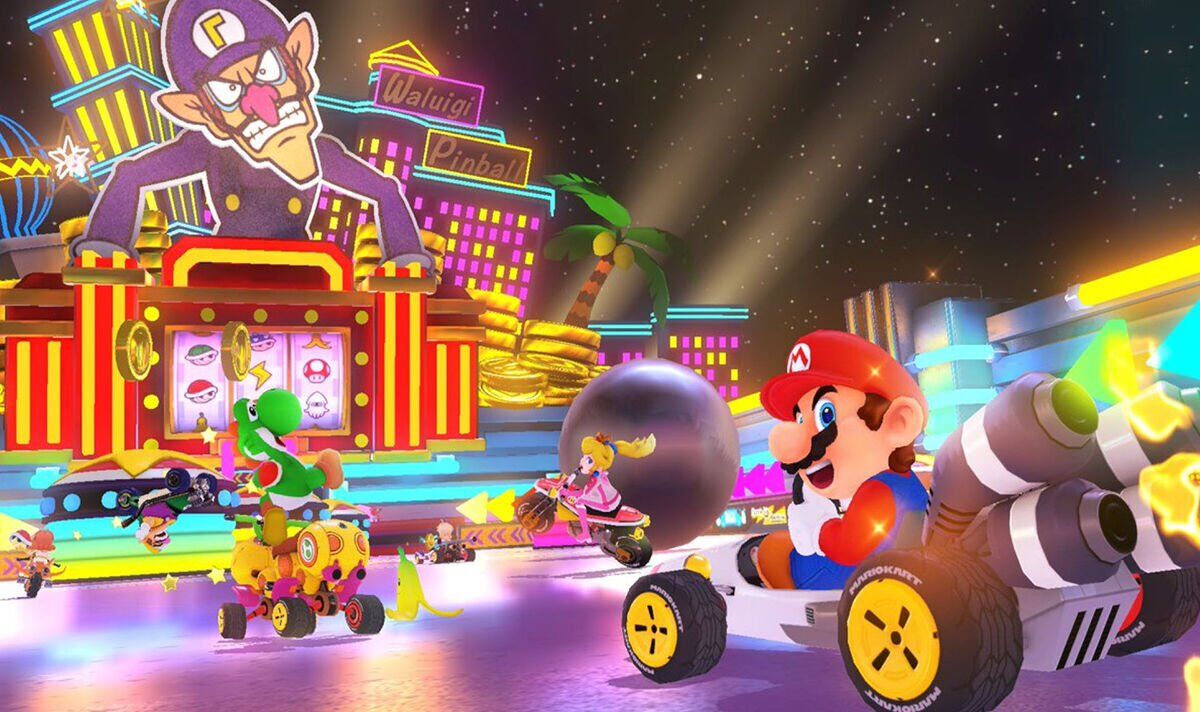 If you own a Nintendo Switch, then chances are you’re counting down to the release of the next set of Mario Kart 8 Deluxe courses. Wave 2 of the Booster Course Pass has an August 4 release date. There’s no exact launch time, but new Nintendo Switch releases typically go live at around 2pm BST UK time. Wave 2 contains two cups and eight courses, including a brand new track titled Sky-High Sundae.

The other cup launching as part of Wave 2 features classic courses such as Mario Circuit 3 from the original Mario Kart, Kalimari Desert from the N64, and Waluigi Pinball from Mario Kart DS.

If you want to check out the new courses, you can grab the Mario Kart 8 DLC for £22.49 from the Nintendo eShop.

The Booster Course Pack features six waves of content for a total of 48 new courses for Mario Kart 8.

Most of the courses are based on classic tracks featured in past games, as well as a selection from Mario Kart Tour on Mobile.

The first wave launched earlier this year, complete with courses from the likes of Mario Kart 7, Mario Kart Wii and Mario Kart 64.

Fans can expect at least one more wave to launch this year, followed by even more releases in 2023.