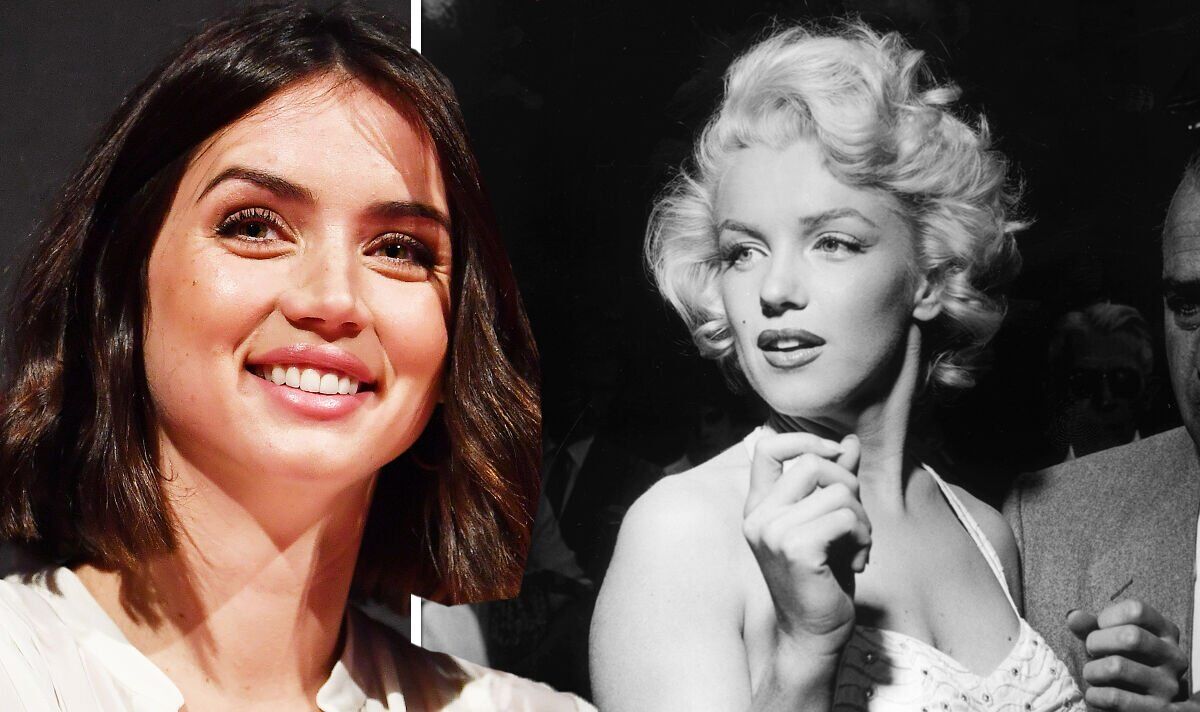 Blonde is hitting Netflix next month and will tell an abridged story of Marilyn Monroe on the big screen for the first time.

While fans of the actress are excited to see Monroe immortalised on the streaming service, the recently released trailer has left many people worried about how it will turn out.

The focus of Monroe’s fans’ frustrations comes with the actress playing her: Ana de Armas.

Mainly, they believe they can hear an accent in her performance.

People on Twitter have hit out at her supposed accent in the trailer. One ranted: “I like Ana de Armas but I gotta admit I’m skeptical about her playing Marilyn Monroe… Her accent is still pretty obvious in everything I’ve seen her in.”

Another potential viewer claimed: “At risk of offending those that are more concerned with language than substance, Norma Jean did not have a Spanish accent. Ana De Armas does in the trailer. There’s plenty of cultural appropriation in Hollywood yes, but no reason to ruin historical accuracy by going the other way.”

One more fan slammed the movie as a “failure”, despite it being over a month away from release.

They said: “Yet another example of an actor not making her character believable because of her accent. I’m not willing to pretend Marilyn Monroe was Hispanic just so Ana de Armas can work. And btw, I love Ana but this was a giant casting failure.” (sic)

A third went on: “i know the movie hasn’t come out yet but Blonde starring Ana de Armas looks stunning and the scenes gives me chills but i know y’all still hear her accent.. like it’s STRONG. i am very surprised they thought she sounded like marilyn because she literally doesn’t. looks ? yes.” (sic)

While some criticisms about de Armas’ performance are valid, it is important to note Blonde is based on the 2000 novel of the same name.

This means that, despite the fact the real-life Monroe is the main character in the novel, many of the events in the story were not real.

The story included peeks into her relationship with her mother, and her affairs with other movie stars – including Tony Curtis.

Curtis worked with Monroe on Some Like It Hot. His daughter, Jamie Lee Curtis, recently spoke out about working with de Armas, and her unbelievable transformation.

She revealed: “[de Armas] showed me a picture of her as Marilyn. My father was in [the film] ‘Some Like It Hot’, and I have a lot of photos of my father and Marilyn.”

Curtis revealed de Armas showed her a “couple of still pictures” and “one video” of her in the Marilyn get-up.

She added: “But it was so shocking because she was Marilyn.”