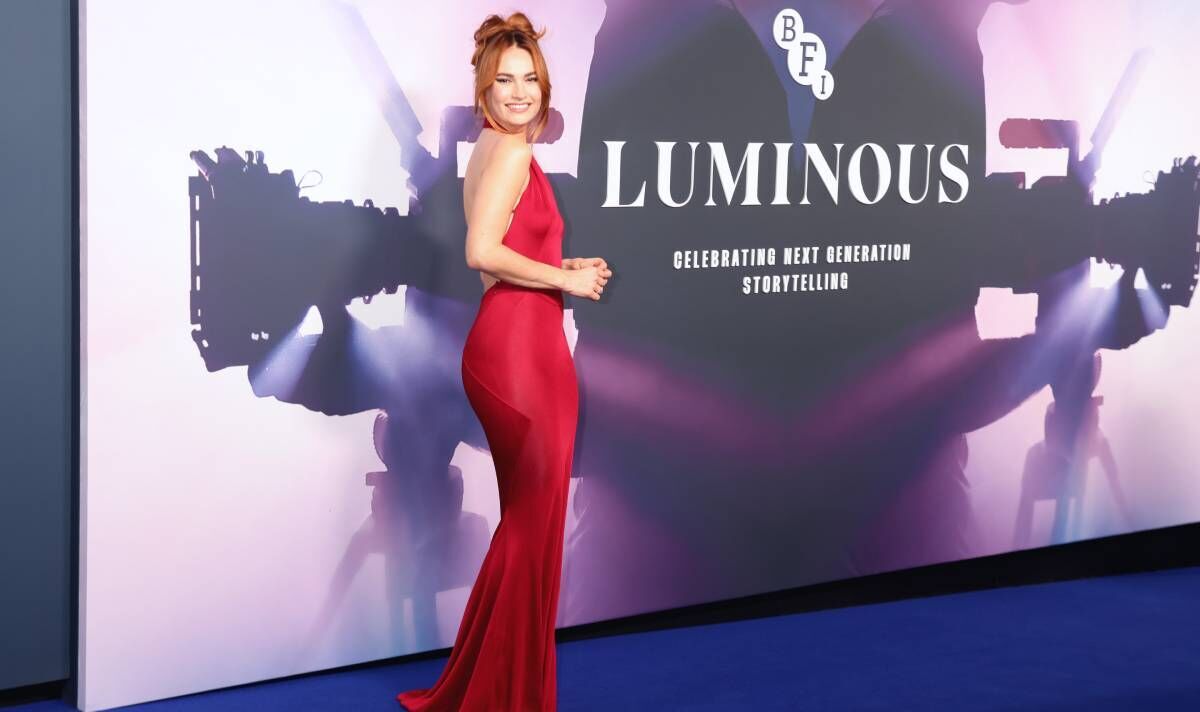 She was reunited with her Downton Abbey co-star Laura Carmichael, 36, who dazzled in an off-the-shoulder black dress.

Lily, who played Lady Rose, and Laura, who was Lady Edith, seemed delighted to see each other.

The pair were joined by Fantastic Beasts actor Eddie Redmayne and his wife Hannah, the quartet laughing and sharing hugs.

Dame Joan Collins also attended and said she hoped King Charles will “do as well as his mother” in his role as the new monarch.

The actress, 89, also revealed a piece of advice she would have given to her younger self, saying “don’t take any notice of anything”.