Skip to content
HomeEntertainmentLiger star Vijay Deverakonda is thronged with Hindi film offers; here’s why he is not signing any of them [Exclusive] 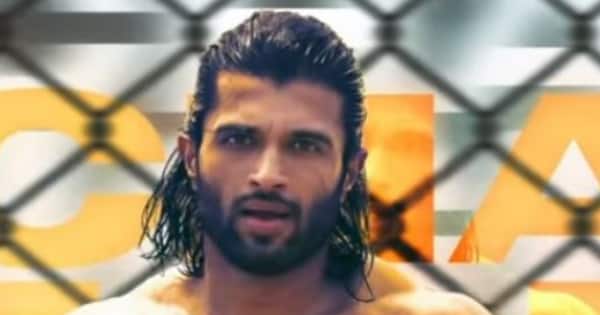 Vijay Deverakonda is currently on his toes promoting his upcoming film Liger along with Ananya Panday. The film sort of marks his Bollywood debut as it is a Pan-India film co-produced by Karan Johar. It is being promoted on a big scale not just in the South, even in the Northern parts of India, fans are super excited to watch Liger. Given the craze, it is expected that the film will take box office by storm. Vijay Deverakonda is indeed a rage among the masses and it appears that producers and directors want to cash in on his popularity. We hear that the Arjun Reddy star is being showered with several offers of Bollywood films even before Liger has hit the theatres. However, he isn’t signing Bollywood films as yet. Also Read – Trending Entertainment News Today: Fans concerned for pregnant Alia Bhatt, Madhuri Dixit’s alleged lip job, Uorfi Javed hospitalised and more

It looks like the Liger star does not want to rush into anything. He wants to analyse all his moves before he takes up any big project in Bollywood and thus is waiting for his Pan-India film to release. A source in the know says, “Vijay Deverakonda has received a lot of offers from Bollywood directors but he has politely declined the offers. He first wants to gauge audiences’ reactions to Liger. He wants to know how the audience reacts to it, what changes he needs to make and what preparations he needs to do in order to take up more or Bollywood projects.” We hear that he has refused the offers of some of the biggest names in Bollywood as of now. Also Read – Trending South News Today: Vijay Deverakonda’s fans from Hyderabad are extremely upset with him, Sita Ramam actor Dulquer Salmaan talks about nepotism and more

Will Liger be a hit?

Well, well, given that South Indian movies are doing such tremendously well at the box office, there seems to be very little doubt that Liger will fail to mint money. The film helmed by Puri Jagannadh also stars Mike Tyson. It is slated to release on August 25, 2022. Bring it on! Also Read – Trending South News Today: Liger first movie review out, Sita Ramam actress Mrunal Thakur gets emotional, Samantha Ruth Prabhu all set for Mollywood debut and more