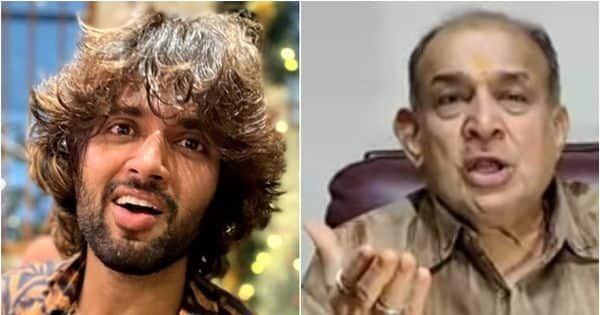 It seems like Vijay Deverakonda‘s statements on boycott trends are coming back to bite him hard. His much-awaited Bollywood debut film Liger has finally released in theatres, however, the majority of the audience seems to have decided to give it a miss, in their attempt to support ‘Boycott Bollywood’ trend. Also Read – Trending South News Today: Vijay Deverakonda’s Liger off to a flying start abroad, Nagarjuna impresses in The Ghost trailer and more

The movie, which has been released across 3000 screens in India, has failed to impress the critics and audience alike. People have been expressing their disappointment with the film’s storyline as it offered nothing new to them. With back-to-back movies getting bombed at the box office, Manoj Desai, Executive Director of Gaiety Galaxy & Maratha Mandir Cinema, has come down hard on Vijay over his statement on boycott trends. In the heat of anger, Manoj called Vijay arrogant and anaconda, further asking him to go back to doing Tamil and Telugu films. Also Read – Liger movie review: Vijay Deverakonda impresses in this Puri Jagannadh directorial that is entertaining in bits and pieces

“Why are you showing smartness by saying ‘Boycott our movie’? People won’t even watch on OTT. Such behaviour of yours has put us in trouble and impacting our advance bookings. Mr Vijay, you are anaconda not ‘Konda Konda’. You are talking like an anaconda. ‘Vinaash kaale vipareet buddhi’, when the time of destruction inches closer, the mind stops working, and you are doing that. anyways, it’s your wish,” Manoj said in a YouTube video. Also Read – Liger OTT release: Vijay Deverakonda, Ananya Panday film locks digital release date and platform

He further said, “Mr Vijay, it seems, you have become arrogant, ‘Watch the movie or if you don’t wish to then don’t watch’, haven’t you seen its impact. If the audience will not watch, see what Taapsee Pannu, Aamir Khan and Akshay Kumar are going through. I had high expectations from the movie, but such statements during the interview have had harsh impacts. One shouldn’t do this and never pay heed to hashtags.”

The occupancy for Liger has been dismal on the first day of its release, which may show up in a worrisome opening. Film trade analysts had earlier estimated that the film will open at Rs 30-35 crore in the South, but the response to the film in Telugu markets has been below par. Going by the trends, the anticipated lifetime collections of the film, too, have taken a beating from the earlier projected numbers.