Skip to content
HomeEntertainmentLiger: Here’s what Vijay Deverakonda will do if his film with Ananya Panday flops at the box office 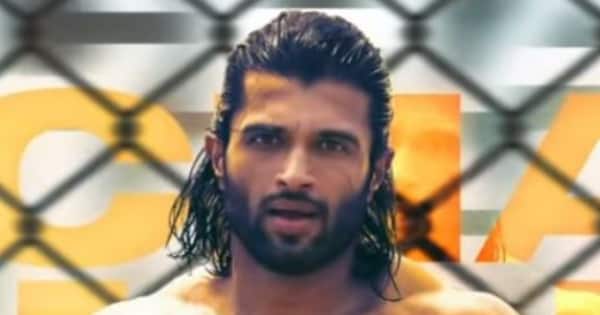 The next big release at the box office is Liger. The film starring Vijay Deverakonda and Ananya Panday in leading roles is going to hit the theatres on August 25. It is a pan-India film being co-produced by Karan Johar. It is releasing in languages like Hindi, Tamil, Telugu, and more. The buzz around the film is immense and fans are desperately waiting for the film to hit the screens. But what happens if the film flops? How will Vijay Deverakonda react to it? Also Read – Disha Patani to Aishwarya Rai Bachchan: Bollywood actresses who are comfortable performing bold and intimate scenes in films

In a recent interaction, Vijay Deverakonda was asked how would he react if the film fails to mint money at the box office. He stated that he would have been angry if this question would have been asked to him a few years ago. However, he cannot respond angrily now as it would mean disrespect to all those who have showered love on him. At an event in Delhi, the actor spoke in Hindi and said, “Had you asked me this question a few years back, I would have replied with anger. I would have been so angry. However, with the kind of love that I have received in the last few days, it would be a disrespect to that (love) if I react angrily to such small things around.” He further mentioned that he wants to remember all the love that he is receiving from the audience. Also Read – Yeh Rishta Kya Kehlata Hai: AbhiRa fans angry with Pranali Rathod aka Akshara for ‘not trusting’ Harshad Chopda aka Abhimanyu [View Tweets]

Given that Laal Singh Chaddha starring Aamir Khan and Kareena Kapoor Khan failed at the box office, all the eyes are on Liger’s collection. Just like Boycott Laal Singh Chaddha, netizens trended BoycottLiger too on social media. It was because the film has Karan Johar connection. However, Vijay Deverakonda believes that the film won’t fail as he has blessings of everyone. August 25, bring it on! Also Read – Liger: Vijay Deverakonda all set to join Prabhas, Allu Arjun, Jr NTR and others in the coveted pan-India star league?