Skip to content
HomeEntertainmentKoffee With Karan 7: Katrina Kaif to OPEN up about her pregnancy and sex life with hubby Vicky Kaushal? [Exclusive] 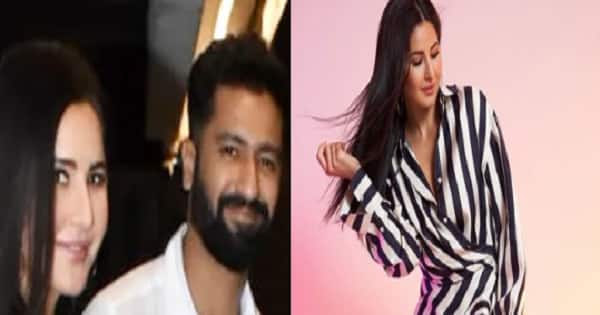 Katrina Kaif is set to make an appearance on the most talked about show Koffee With Karan 7 along with her Phone Bhoot co-star Ishaan Khattar and Siddhanth Chaturvedi. While her fans are extremely excited to see Katrina making heads turn with her revelation on the show. A close source to BollywoodLife reveals,” Katrina Kaif will be talking about her love life with hubby Vicky Kaushal that manifested on the Koffee couch itself. The actress will also reveal how they further met and fell in love and even got married. Katrina will also reveal the dreamy proposal by her hubby Vicky Kaushal”. Also Read – Liger: Mystery behind Vijay Deverakonda wearing Rs 200 chappals at all the promotions SOLVED

Katrina Kaif to even address the pregnancy rumours and spill the beans if she is pregnant or not? Also Read – Suhana Khan, Ananya Panday, Janhvi Kapoor and more; these stars kids are pro at clicking hottest mirror selfies [View Pics]

The source further reveals,” Katrina will be also asked about her sex life as the host of the show Karan Johar is damn interested in knowing who is up to what in their personal lives especially. Katrina Kaif too might not hesitate on talking about her sex life and even speak about the pregnancy rumours that have been constantly doing the rounds”. Katrina and Vicky got married in December last year and their wedding was every bit dreamy since then the VicKat fans have been eagerly waiting for the couple to make a presence together onscreen. Also Read – From Salman Khan to Aditya Narayan: 5 celebs who got slapped or attacked in public

While the source even adds,” Vicky might also make his appearance through a recorded video where he will talk about his love and admiration for his beautiful wife. This will be the first time the lovebirds will speak about their love openly and it will be visual treat for their fans. Katrina and Vicky are the power couple in tinsel town right now”. On professional front Katrina Kaif is also awaiting the release Tiger 3 along with Salman Khan.