Skip to content
HomeEntertainmentKoffee With Karan 7: Karan Johar REVEALS he won’t be able to get these 2 celebs on his chat show [Read Deets] 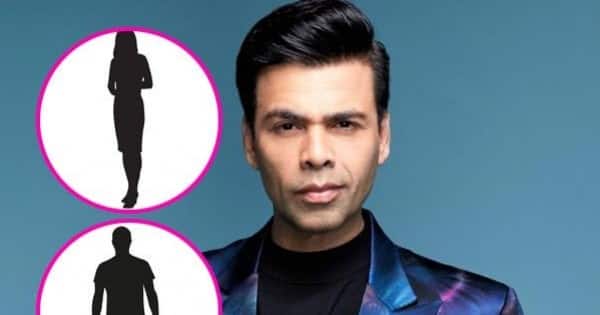 Recently, while talking to The Hindu, Karan Johar revealed that there are two celebs he cannot get on Koffee With Karan. For one of the celebs, he even tried to convince her, but it didn’t work out. Wondering who those two celebs are? Well, they are Rekha and Aditya Chopra. Also Read – Liger: Vijay Deverakonda reveals his all-time crush and it’s NEITHER Sara Ali Khan NOR Ananya Panday

Karan revealed that he spoke to Rekha about it once and also discussed about the show a couple of seasons ago. He was very keen to have her on Koffee With Karan, but she wasn’t convinced. Karan Johar added that he felt the veteran actress has ‘an exotic, beautiful mystery about her’, so it has to be protected. Further talking about Aditya Chopra, Karan said he is not even brave enough to ask Adi to come on the show. Also Read – Koffee With Karan 7: Vicky Kaushal-Sidharth Malhotra, Aamir Khan-Kareena Kapoor and more – which was the least entertaining episode so far? VOTE NOW

While Karan has stated that he can’t get these celebs, it will surely be interesting to watch Rekha and Aditya Chopra on Koffee With Karan.

This jodi has everyone’s hearts ‘preeti’ melted with their on-screen presence, but on the koffee couch they were as candid as they get!? #HotstarSpecials #KoffeeWithKaranS7, Episode 8 streaming this Thursday 12:00 am only on @DisneyPlusHS!
@shahidkapoor @advani_kiara pic.twitter.com/7saZjzEOCV

Meanwhile, in the last episode of Koffee With Karan 7, Sidharth Malhotra and Kiara Advani’s relationship and marriage were the hot topics. Sidharth had graced the show with Vicky Kaushal. The marriage discussion will continue in the upcoming episode also as it will be Kiara and Shahid who will be seen on the couch.