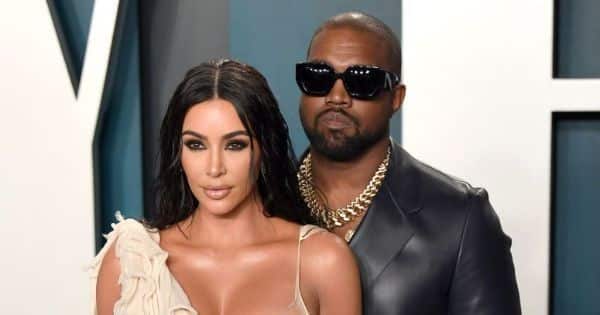 Rapper Kanye West has broken his self-imposed social media exile in true Kanye West fashion as he went on an incendiary rant, the target again being ex-wife Kim Kardashian and her family, especially her mother, Kris Jenner. In a series of now deleted Instagram posts, Kanye accused Kris of pushing his four children, whom he shares with Kim, toward posing for Playboy magazine while also shockingly claiming how pornography destroyed the family he shared with his ex and even lamenting how his kids are being sent to an elite private school against his wishes, rather than attending Donda Academy, which he had begun in 2021. Also Read – Kanye West shares ‘disturbing’ video about his porn addiction; says, ‘Hollywood is a giant brothel, pornography destroyed my family’ then deletes it

As a part of his online rant, Kanye West wrote “Don’t let Kris (Kris Jenner) make you do playboy like she made Kylie (Kylie Jenner) and Kim (Kim Kardashian) do. Hollywood is a giant brothel. Pornography destroyed my family. I deal with the addiction, Instagram promotes it. Not gonna let it happen to Northy and Chicago. It’s not up to Calabasas or Hulu where my kids go to school. I’m not the crazy one here. It’s up. I won’t stop until I have a say so on my kids no matter what it legally takes.” After Kim left a comment that read: “Please stop,” Kanye deleted his posts. Also Read – Kim Kardashian accused of photoshopping trapezius muscles from her neck in latest shoot; netizens claim even she can’t attain her beauty standards

Kim Kardashian and Kanye West not getting back together

Post Kim Kardashian’s breakup with comedian and actor Pete Davidson, it was being speculated in Hollywood news circles that she and ex-husband Kanye West may get back together and some sources also claimed that the latter was hopeful of the same. However, other sources have now revealed that Kim told whoever broached the subject before her that she’s absolutely certain of rekindling her romance with Kanye and in fact, is happy to see him with his new girlfriend. Also Read – Kim Kardashian shows off her under b**bs in sultry silver monokini with Batman-styled glasses – WARNING; view pics in PRIVATE