Skip to content
HomeEntertainmentKangana Ranaut marks her return to Twitter by sharing BTS video of Emergency; here’s how netizens reacted 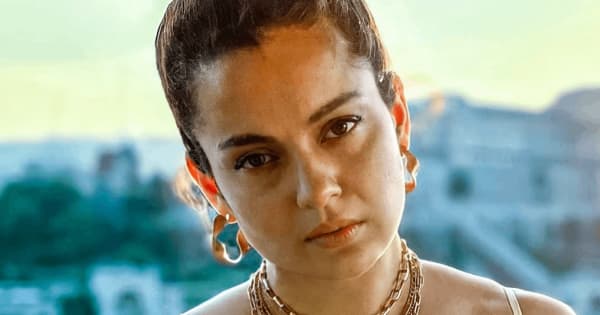 Kangana Ranaut is back on Twitter. The actress made the announcement by sharing a BTS video from her upcoming film Emergency. The video shows the journey of Emergency since its inception to the actress calling it a wrap. The film is going to release on October 20, 2023. But right now, she is trending on Twitter as she announced her comeback to the platform. It was in 2021 that her account was suspended. As per reports, her account was suspended for violation of rules and on the basis of ‘Hateful Conduct and Abusive Behaviour Policy.’ Also Read – Emergency wrap up: Kangana Ranaut makes SHOCKING revelations; pens, ‘From mortgaging all my properties, every single thing that I owned to…’

As Kangana Ranaut is back on Twitter, all of her fans are rejoicing at the moment and welcoming her with open arms. Many mentioned that the Queen has returned. Also Read – Katrina Kaif, Kareena Kapoor Khan, Kangana Ranaut; here’s a look at the exciting 2023 releases of top Bollywood heroines

Check out Tweets on Kangana Ranaut below:

This was much needed.. welcome back queen @KanganaTeam ?

Wow.. Welcome Back Kangana!!?? Twitter is going to be alive & kicking once again ??

Kangana Ranaut has been known for wearing her thoughts on her sleeves and openly sharing her views and opinions on several matters. Before her account got suspended, Kangana Ranaut shared her opinion on everything from films to politics. Later, the actress made her debut on Instagram and used the platform to connect with the audience. Also Read – Accusing Kangana Ranaut of misleading statement to comparing Taliban with RSS; a look at Javed Akhtar’s shocking statements

The actress will be next seen in Emergency. She is also directing and producing the film. In her latest post, the actress revealed that she had to morgage everything that she owns to make the film. The teaser of the film has received a thunderous response already.