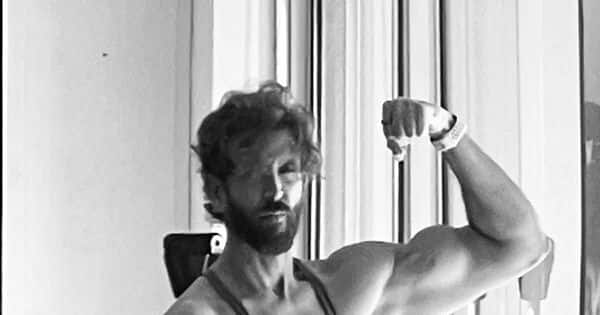 The father-son duo Hrithik Roshan and Rakesh Roshan has worked together the blockbusters Kaho Naa… Pyaar Hai, Koi Mil Gaya, Krrish and Krrish 3 as director and actor. They are now gearing up for the fourth instalment of the franchise Krrish 4. But did you know that the idea of Krrish was inspired from Hollywood epic franchise Lord Of The Rings (LOTR)? Also Read – After Boycott Vikram Vedha backlash; Hrithik Roshan fans come out in support, trend ‘Awaiting Roar of Vikram Vedha’ [View Tweets]

During his recent media interaction, Hrithik revealed that his superhero franchise Krrish, which was an extension of his 2003 blockbuster Koi… Mil Gaya, has a deep connection with one of the greatest trilogies, LOTR. He walked down the memory lane and shared an incident from the year 2004 when his father Rakesh Roshan rewatched Lord Of The Rings one fine day. Also Read – Shah Rukh Khan, Hrithik Roshan, Sonu Sood and more Bollywood actors who have the best six pack abs

“It was in 2004 when my father saw first part of Lord Of The Rings. After finishing the movie, he couldn’t help but head to the second part. Post that he put on the third part too for viewing. Yeah he completed the trilogy in a single day back then,” Hrithik spoke at the sidelines of a promotional event for the upcoming streaming series The Lord of the Rings: The Rings of Power. Also Read – Trending Entertainment News Today: Jacqueline Fernandez named as accused in conman Sukesh Chandrasekhar case; Disha Patani’s cryptic post amid breakup and more

He continued, “After completing the film, he called me and we discussed about the grandeur of the film and everything about it in terms of filmmaking, the characters and the setting. Why can’t we have subsequent editions to our films? How about we extend Koi… Mil Gaya? That’s how Krrish came into being. I have to thank the makers of LOTR for the idea behind the franchise of Krrish.”

It is being said that Krrish 4 will bring back Jadoo and the makers have also zeroed in on the concept of time travel, which will be the key to its storyline. Previously, a Twitter user had written the plot of Krrish 4 with aliens and time travel in 5 minutes. Hrithik was highly impressed by the Twitter user’s imagination and had shared it on his timeline.

In his tweet, the user imagined Krrish 4 with Naseeruddin Shah aka Dr Siddhant Arya coming back from the past in 2022 and becoming a supervillain to take revenge from Krishna aka Krrish. From Dr Arya kidnapping Krrish’s child and taking him back to 2006 to Priya (played by Priyanka Chopra) turning into a supergirl to rescue Krishna from Dr Arya’s clutches, the Twitter user blew Hrithik’s mind with his reimagination.

On the work front, Hrithik will next be seen with Saif Ali Khan in the upcoming Hindi remake of the 2017 Tamil hit Vikram Vedha starring Vijay Sethupati and R. Madhdhavan. The remake will be helmed by the director duo of Pushkar and Gayathri, who also directed the original.