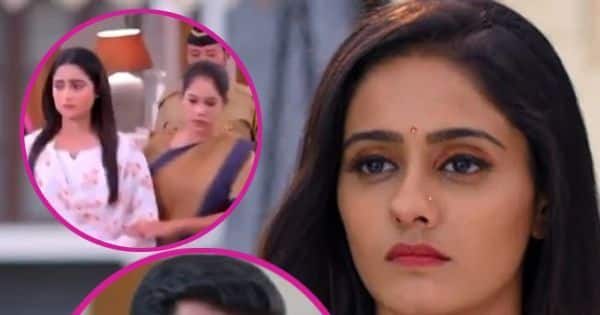 Ghum Hai Kisikey Pyaar Meiin fans have been having issues with the show since six months or more now. Whether it is the proximity of Virat and Shruti or how Pakhi (Aishwarya Sharma) tricked everyone to become the surrogate mother to Sai (Ayesha Singh) and Virat’s child, there is new drama everyday. While the show has superb TRPs, fans on social media have found it objectionable. The latest scene of Virat (Neil Bhatt) himself delivering the child of Pakhi has made people cringe, at least on social media. In real life, it is not unusual for women to have their children delivered by male doctors but the fact that a devar helped in the process when it was his bhabhi delivering the child was indigestible. Also Read – Aashram hottie Esha Gupta turns her seductress mode on as she sets the stage on fire in a high-slit gown at a fashion show [View Pics]

Moreover, the whole twist of how the car did not function when they had to rush Pakhi to the hospital was not at all logical. But Ghum Hai Kisikey Pyaar Meiin is not the only show with illogical pregnancy track. Even Udaariyaan fans are upset with the new track. Anyways, here is a look at some of the most hilarious reactions fans have given on Twitter… Also Read – Laal Singh Chaddha FIRST movie review out: Aamir Khan and Kareena Kapoor Khan starrer is a ‘masterpiece’, ‘sure shot blockbuster’

My mother never forbade me from watching Indian dramas. She always told me that Indians, like us, preserve oriental traditions, but after watching today’s show, I was saddened by this lowness. Shame on you.#GhumHaiKisikeyPyaarMeiin pic.twitter.com/kuI3ZHkFFr

When Mrs said on National Television that she has trust issues with Mr, little did we know that #MahaaCringe was loading ? and #ClownCouple was out to sabotage the show?
Praying for karma to visit #CringeCouple soon ?

I don’t know why I was laughing when she was crying pic.twitter.com/mvoejHjvI6

Ghum Hai Kisikey Pyaar Meiin fans have earlier complained to the Indian Broadcasting Federation. This time some Indian fans are also upset with the scene shown in the drama. The show comes in the 8-9 pm slot, which is for family viewing in most Indian homes. Also Read – Disha Patani REACTS to Tiger Shroff’s martial arts video amid breakup rumours