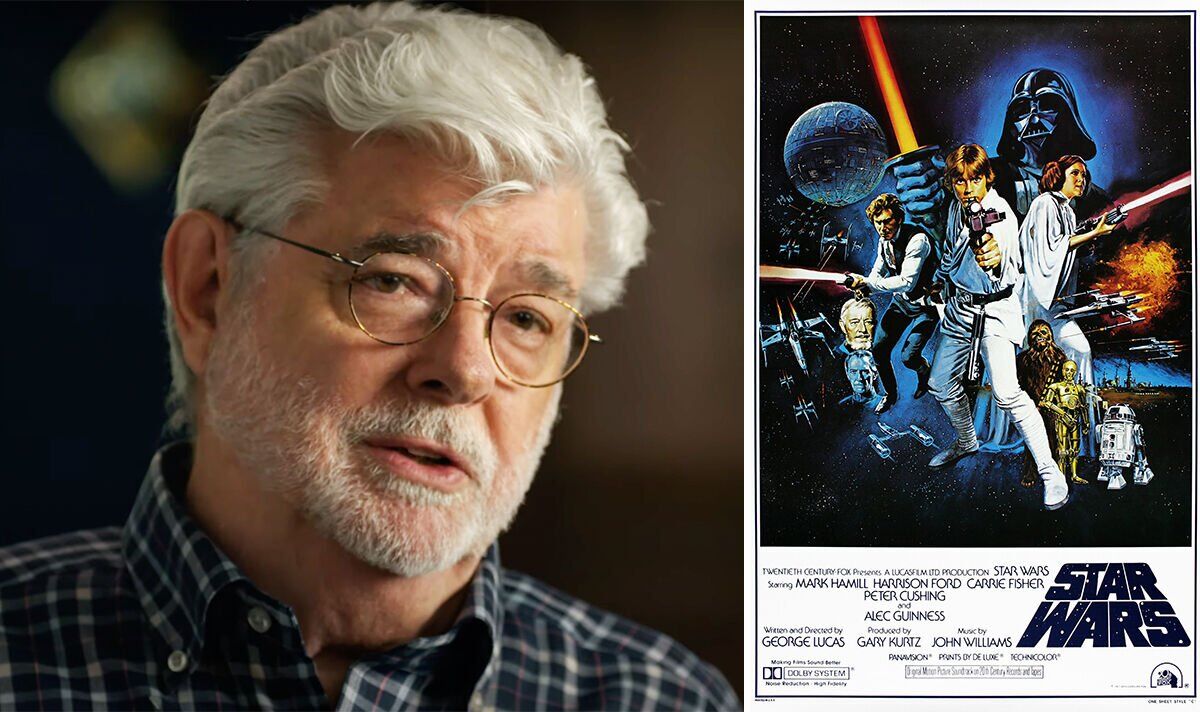 To many film fans, 1977’s Star Wars is a perfect movie; one that often comes right near the top of the best films of all time lists. When the sci-fi blockbuster first hit cinemas, it went on to win six Oscars and became the highest-grossing movie ever made. Yet the whole thing almost fell apart during production and director George Lucas felt that the end product was only 25 per cent of what he’d had in mind.

After shooting Star Wars in London, George Lucas returned to California to discover that the visual effects team that he’d formed as Industrial Light and Magic, were miles behind schedule.

Speaking in new Disney+ documentary series Light and Magic, the director admitted: “It was really in shambles. They had no production schedule. They had no plan how they were going to do the whole thing. It was very upsetting.”

As a result, the filmmaking legend had a breakdown from stress with grave concerns he was having a heart attack at just 32 years old.

Lucas recalled: “I ended up on my way home, flying from LA to San Francisco thinking, ‘Oh my god, this isn’t going to work. This is a mess! You’ll never get to work again.’ And I was having severe chest pains. They took me to the hospital because they thought I might be having a heart attack. They said, ‘Have you been under a lot of pressure?’ I said, ‘Yeah.’ They said, ‘Well, it’s probably that. Take some aspirins, call us in the morning’, because it wasn’t a heart attack. It turned out to be angina or something. But, of course, everybody else was panicked. What if I died? People didn’t even know what the movie was. Y’know it was in a million little pieces. Nobody knew what I was really doing.”

Lucas would often say to his ILM team: “If I could wave my magic wand, I would put electrodes in my head and have the movie made right there.”

Yet he’s somewhat at peace with the reality of Hollywood filmmaking, saying: “That’s how movies get made. They don’t get made right, they get made the best possible way under the circumstances.”

To find out how George Lucas and his team pulled it off, check out Light and Magic, streaming now on Disney+.