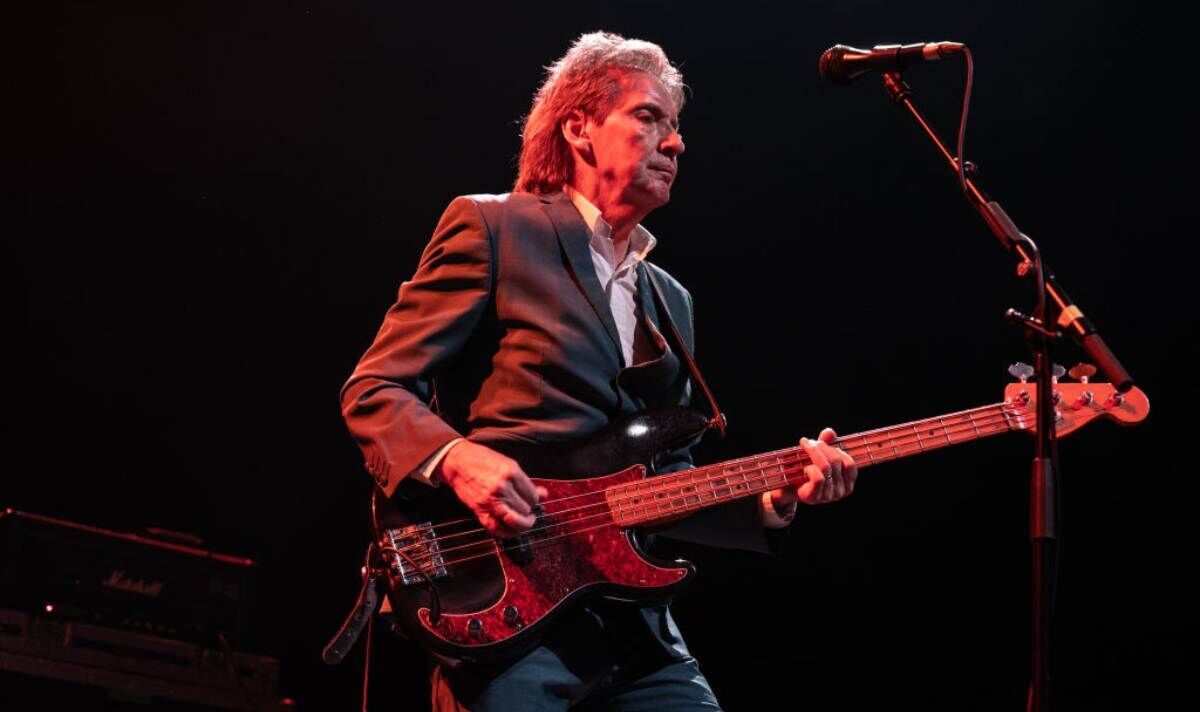 While singer and chief songwriter Paul Weller ploughs his own self-indulgent furrow, bassist Bruce Foxton flies the flag for fans with From The Jam, the closest fans can get to the glory days of yore. And they are fantastic. Foxton’s bass was driving, and frontman Russell Hastings, formerly of The Gift, delivered the songs with precision.

They opened with Away From The Numbers, from The Jam’s 1977 debut album, followed by Mr Clean from 1978 All Mod Cons and Pretty Green –  the opening song from 1980’s Sound Affects, which denounces capitalism while ironically giving its name decades later to a clothing brand.

From the moment they started Pretty Green, the crowd were in the palm of their hands. David Watts, their 1978 Kinks cover, and Town Called Malice cemented the connection.

Both Foxton and singer/guitarist Hastings have had health issues, but you couldn’t tell from their performance.

New track Lula, from their new album The Butterfly Collection, worked well amongst the classics and segued into a fully electric version of That’s Entertainment. It had such a punch that I actually preferred it to the original.

The band, with drummer Mike Randon and Andy Fairclough on Hammond and piano, didn’t put a Modish foot wrong.

Their set ended with the Jam’s first single In The City, followed by the four returning to the stage to mass chants of “We are the Mods!” for a killer encore of Eton Rifles, The Butterfly Collector, Strange Town and Going Underground.

One NME hack once denounced Paul Weller for “writing songs for an imaginary juke box” – as if that were a bad thing! The juke box is recreated at every From The Jam concert and capacity crowds all over the country lap up the band’s old greatest hits while cheerfully embracing the new.

It was the first time I’d seen support act the Buzzcocks since Pete Shelley passed.

They opened with the nagging, energetic pop of What Do I Get?, and like From The Jam sprinkled a few new tracks such as Manchester Rain in with the band’s classics.

Singer and guitarist Steve Diggle did a great job of fronting and still manages to pull all of the shapes he always.

They closing with Ever Fallen In Love which segued into Diggle’s own Harmony In My Head will always be a winning combo.

I really missed seeing Pete Shelley, but it’s good to see his songs being kept alive.

The venue, part of Gillingham FC’s Priestfield stadium, also deserves praise. I was curious to see how “rock ‘n’ roll” a hall at a football ground would be. You’d imagine it to be quite soulless, but you would be wrong.

It had a great atmosphere throughout and the lads on the mixing desk ensued a decent sound. Let’s hope it becomes a regular stop on the often undervalued Medway gig circuit.