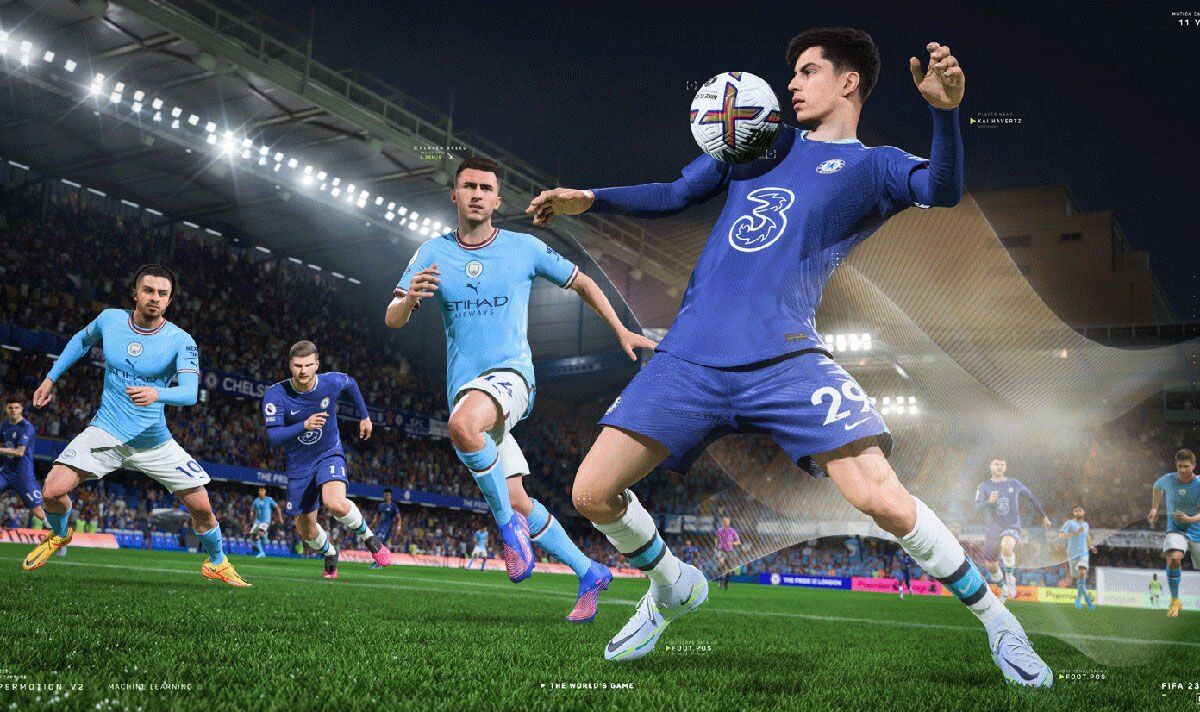 FIFA 23 is getting crossplay, with EA confirming the in-demand feature is being added across PlayStation, Xbox, PC and Google Stadia. FIFA 23 will mark the first time crossplay is available in EA’s hugely popular footie series but there’s one important thing fans need to know. Crossplay will be available for matches on PS4 and Xbox One only, and then between PS5, Xbox Series X | S, Google Stadia and PC.

Crossplay will be available in all 1v1 modes at launch.

Besides crossplay, FIFA 23 will also be bringing with it plenty of other eye-catching features and innovations.

FIFA 23 will be the first game in the series to have women’s club football teams, with the Women’s Super League and Division 1 Feminine the first authentic women’s leagues in FIFA.

New animations specifically for the women’s game have been added too via HyperMotion 2.

There will also be a new Training system to help new players develop their skills and get up to speed in FIFA 23.

READ MORE
FIFA 23 release date: When is FIFA 23 Standard Edition out? When is Ultimate early access?

Besides the inclusion of women’s club teams, this year’s FIFA will also have World Cup modes for the men’s and women’s competition.

The men’s World Cup is taking place in Qatar this year while the women’s is in Australia and New Zealand starting next July.

These two competitions are happening within the space of less than 12 months so for the first time ever modes for both of these competitions will be available in the same FIFA.

This latest batch of FIFA 23 news comes after earlier this week the FIFA 23 Ultimate Edition would for the first time feature cover stars from both the men’s and women’s game – Sam Kerr and Kylian Mbappe.

The superstars from Chelsea and PSG will appear jointly on the Ultimate Edition cover globally, while on the Standard edition the cover will feature either Kerr or Mbappe, depending on which region you purchase the game in.

Speaking about the upcoming release, Nick Wlodyka the SVP & GM for EA Sports FC, said: “We have pushed the boundaries of realism in EA SPORTS FIFA 23 through HyperMotion2, using state-of-the-art technology to capture professional men’s and women’s teams in full intensity matches that translates millions of data points into new animations in real-time.

“The result is the most natural and realistic motion in football gaming, and when combined with the inclusion of both men’s and women’s World Cups, women’s club football, and cross-play features, will immerse players and football fans around the world for years to come.”