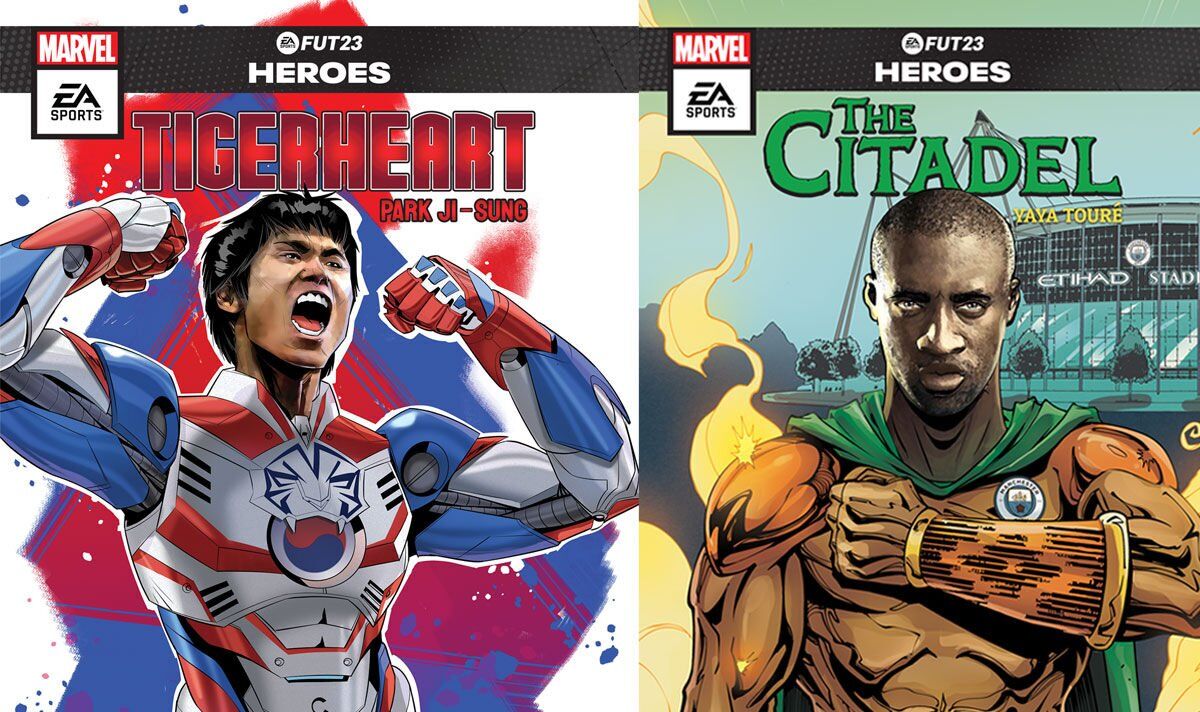 EA has revealed today FIFA 23 fans will be getting some special FUT items thanks to a new promotion involving Marvel. These two titans of the world of entertainment have teamed up for the FUT Heroes event in FIFA 23, which will see iconic players such as Yaya Toure and Park Ji-Sung receive special illustrated FUT items. These eye-catching new FIFA 23 FUT items will be available when the World Cup mode launches, while the base version of FUT Heroes will be available at the FIFA 23 launch.

Other cosmetics linked to players being imagined as Marvel Heroes will also be launched such as tifos, kits and balls.

FIFA 23 fans will also be able to flick through an online Marvel Heroes comic book, while a physical version will be released at a later date.

If you pre-order the FIFA 23 Ultimate Edition by August 21 you will get a limited time FIFA World Cup Hero Item.

Besides Park and Toure, the other players to get the FIFA 23 Marvel Heroes treatment are Ricardo Carvalho, Landon Donovan and Claudio Marchisio.

The news comes as it’s just weeks left till FIFA 23 launches, which will be the final game in EA’s iconic series to sport the FIFA name.

From 2023 the long-running football series will be known as EA Sports FIFA FC, and while one era is ending EA is going out in some style.

FIFA 23 is going to be a jam-packed release that features World Cup modes for the men’s competition this year and the women’s next year, plus the addition of women’s club teams for the first time.

Crossplay will also be available for the first time (between PS4 and Xbox One as well as between PS5, Xbox Series X | S, PCs and Google Stadia) while the FUT chemistry system is also getting a big revamp.

That’s not all though, while there will be new mechanics such as power shots, the HyperMotion 2 upgrade, changes to career mode and much more.