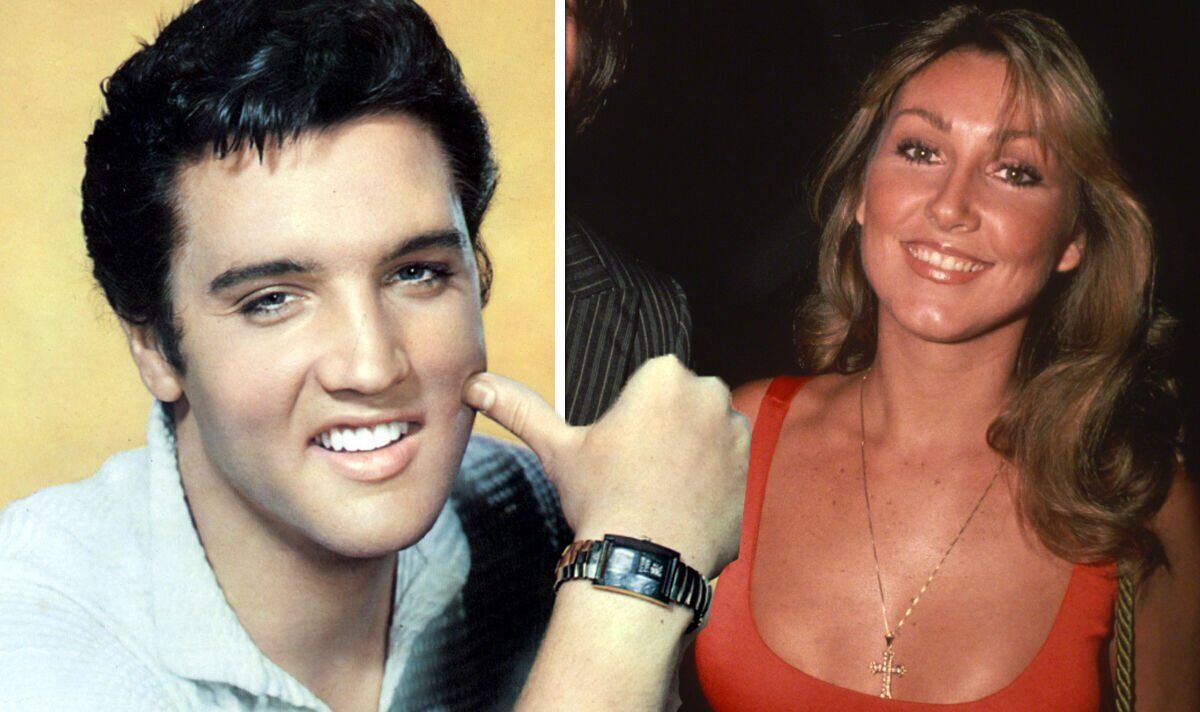 Elvis Presley had already lived a full life by the time he met Linda Thompson. Aged 37-years-old, Elvis had already conquered the world as the King of Rock and Roll and been married to Priscilla Presley. He’d even had a child, Lisa Marie Presley, the apple of his eye. So when Linda attended a private cinema screening with Elvis and his cohorts, the Memphis Mafia, she didn’t expect to even meet the star. But for her, everything changed.

Linda was the “virginal” Miss Tennessee beauty queen in July 1972 when she attended the cinema screening. Aged just 22-years-old, she was a growing star who was quickly building her own career, likely not even looking for love.

However, in an unexpected twist of fate, Linda recalled in a recent interview first locking eyes with Elvis from across the cinema and instantly becoming besotted with him.

“He came into the cinema very grumpy,” she admitted. Then Elvis saw her. “[He] shone a light round and rested it on my face.” She recalled him “purring” at her: “Well, hello.”

That was the beginning of their first night together.

Linda recalled he quickly sat down next to her and “nuzzled into her neck”.

Between the throes of passion, however, Linda remembered Priscilla – Elvis’ wife, Priscilla – and fearfully stopped what was happening. “I pulled away as I thought he was married still,” she remembered.

The engorged star assured her: “Honey, we split up six months ago, I’m single.”

Elvis had a history of womanising, but he wasn’t lying on this occasion.

Linda said: “Kissing Elvis was like plunging your lips into two soft, sweet marshmallows – his lips were so sexy and soft.” She added that he smelled “so fresh” just like his “Neutrogena soap”.

After their first night together, a second ate swiftly followed. But it wasn’t until their third date that things really got serious between them. Elvis flew Linda to Las Vegas to see him perform at a hotel. At the time, the King had an enormous penthouse suite in the Westgate Las Vegas Resort & Casino where he held a residency slot for seven years.

“I think my purity attracted him,” Linda said, referencing her virginity. “I was his alone. I did not drink, swear, do drugs. He didn’t pressure me to have sex with him.”

Eventually, after two months, she couldn’t resist the star anymore. “We were madly in love,” she remembered. “Staying in the mirrored ceiling presidential suite of the Las Vegas Hilton with the bed on a dais. It was magical. He was a sensual, tender lover.”

A year later, Linda moved into Elvis’ home, Graceland, the 13.8 acre property. In the years that followed, Elvis proposed to Linda, and the pair built a life together. But all good things must come to an end.

Over Christmas, 1976, Linda walked away from Elvis. She later remembered asking him: “Honey, if there’s another woman, just be honest with me.”