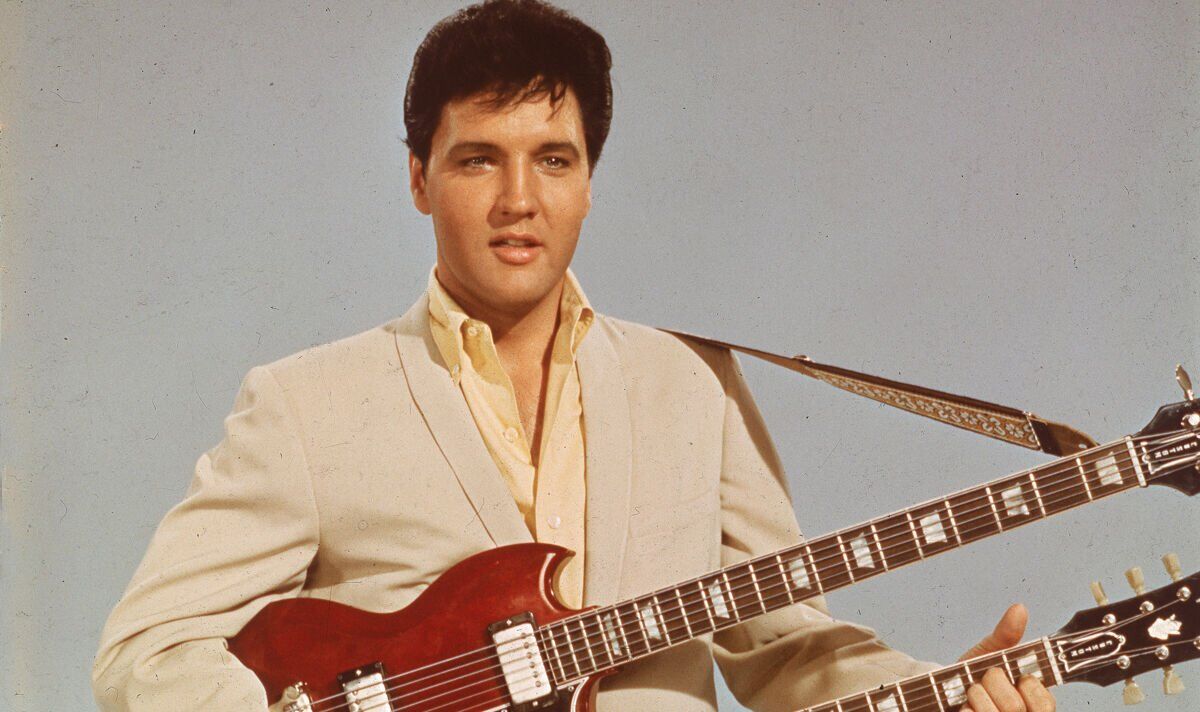 Elvis Presley received a lot of criticism over the years throughout his career. From comments about his gyrating hips to his “vulgar” songs and dance moves, the star was drenched in controversy. But in 1956, he made a shocking revelation about the damning rumour that he couldn’t play the guitar. In a move nobody expected, he told his fan club that things were not all that they seemed.

Elvis wrote a lengthy article for the fan magazine Elvis Answers Back Magazine. The star’s issue was published on August 28 and it included him clearing up some misinformation that had surfaced about him.

One of the biggest things the King wanted to address was: “Do I really play the guitar?”

Elvis wrote to his fan club: “There’s been another rumour of sorts that’s kind of amusing. I read in one magazine that I can’t play a note on the guitar, and in another, the same week, that I’m the greatest guitar player in the world. Well, both of those stories are wrong.”

The 21-year-old star explained that he had never received any official music lessons, but had always been a massive fan of “music of any kind” as well as an admirer of “musical instruments”.

Elvis said: “My daddy bought me a department store guitar when I was pretty young. I learned to pick out a couple of chords on it, but I didn’t try to get fancy or anything like that.”

He modestly added: “I can plunk on it pretty good, and follow a tune if I’m really pressed to do it. But I’ve never won any prizes and I never will.” (Via Elvis.com.au)

However, Elvis then made a startling confession: “Then when I went out on stage in my first personal appearance, I just naturally took my guitar along with me, to sort of keep me company.”

He revealed: “I used it as a prop, or whatever you want to call it.”

In the years that followed, Elvis picked up a number of instruments.

On top of practising playing the guitar, he learned how to play the drums and piano.

Although, the ever-modest star noted that he was “not that good” at playing these instruments, but just liked doing it for fun.

Elvis added: “Maybe someday I’ll learn to play some of these [instruments] better. But in the meantime, I keep trying out all kinds of instruments. As I say, I do it because, of everything I know, I like music the very best.”

Elvis later addressed another main attraction of his musical act: his style of singing.

His rock and roll style of vocalising shot him to fame. On how he came up with it, he said: “I’ve been singing the way I do now as far back as I can remember. I don’t know what style you’d call it or anything like that. All I know is I sing the way I do because it comes to me natural.”

He also added that he had “never had a singing lesson in his life”.