Skip to content
HomeEntertainmentElvis: ‘I felt so sad for The King’ confesses his Flaming Star leading lady Barbara Eden 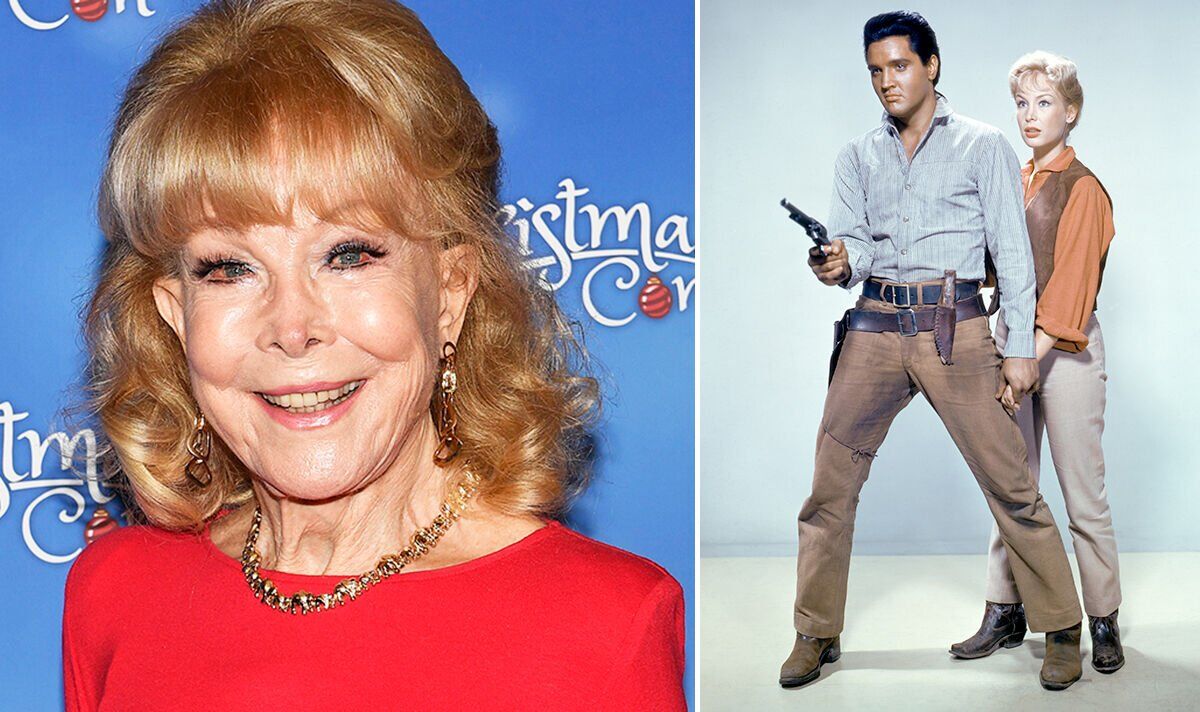 Elvis Week 2022 has been taking place at Graceland marking the 45th anniversary since The King’s death. Stars who worked with Elvis Presley have been taking part in special conversation panels including Barbara Eden.

Eden famously acted opposite Elvis in his 1960 Western Flaming Star as Roslyn Pierce.

The 90-year-old fondly remembers: “He was wonderful in the part…We always laughed afterwards because he played a half-breed, he got killed, he didn’t get the girl and he didn’t sing. And that was not good! So they brought us back and he did that one song in the kitchen. But he was a fabulous natural actor and he had a great work ethic. He really enjoyed doing a serious part and that was certainly a serious part. I think he could have done so much more because his talent was huge. It wasn’t just music, he was a good, good actor…when he had a good script….He was a natural and I always found it so sad that he wasn’t able to continue on with his acting. But he loved to sing!” Although this wasn’t the only time she felt sorry for him.

Tragically, the uncompromising dealings of Elvis’ manager Colonel Tom Parker meant The King would miss out on starring in Oscars movies like True Grit with John Wayne and A Star Is Born with Barbra Streisand.

Barbara shared how on the Flaming Star set The King was so charming to be around and what you saw was what you got.

The I Dream of Jeannie star said: “He was so real, there was nothing phoney about him. He was a very sincere, real person.”

One particular incident really stood out to her confirming what a true gentleman Elvis was.

Barbara said how Elvis was a huge fan of her then-husband Michael Ansara, who would go on to act opposite The King in 1965’s Harum Scarum.

Since she was married at the time, she said: “I think I’m the only leading lady who worked opposite him who they didn’t make a big fuss over us having an affair, because we didn’t!”

Nevertheless, the 90-year-old admitted she did feel sad for The King as he told her he spent all his time watching TV since he was trapped in his hotel room due to his colossal fame.

This was something she experienced herself while performing shows in Las Vegas just like him.