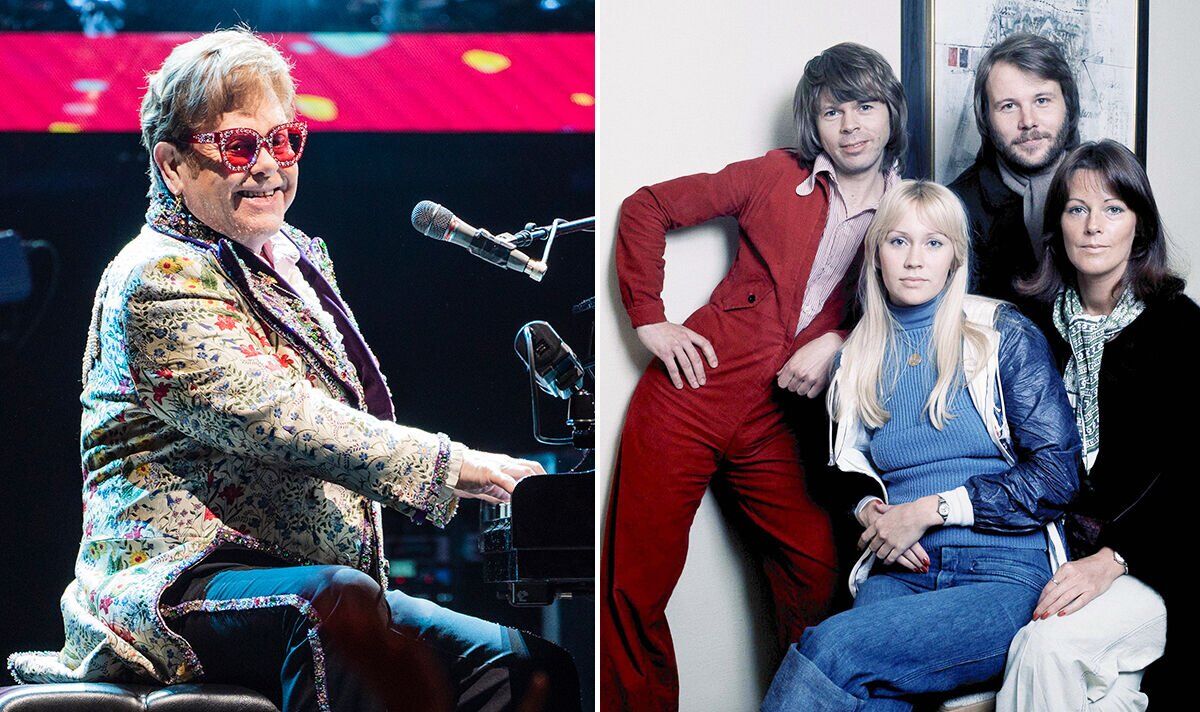 Music mashups are no new thing but one TikTok user called @reymifasol has seen theirs played over 650,000 times. The clip in question is the beginning of ABBA’s Chiquitita from 1979, mixed up with Elton John’s 1974 hit Bennie And The Jets.

Elton John has since teamed up with ABBA’s Benny Andersson to play the mashup together virtually on their own pianos at home.

Rocketman posted on Instagram: “Heard about this little mashup of ‘Bennie And The Jets’ with ‘Chiquitita’ and had to get involved!”

As predicted, Benny begins the video by playing the opening of Chiquitita on a grand piano in a recording studio.

The footage then moves to Elton, at his, who follows with the start of his 1974 classic, which he’s been playing on tour.

Elton is on his farewell world tour, having already performed across the UK in June.

The 75-year-old is currently performing in North America, with a show in Chicago set for tomorrow evening.

Next year, the star will head to Australia and New Zealand and also come back to the UK for a string of shows, including a nine-date residency at London’s The O2. To book tickets, click here.

Meanwhile, ABBA Voyage is now playing at the ABBA Arena in London.

The long-awaited ABBA Voyage features ABBAtars of the band in their youth on stage singing their hits. Their performances were recorded by the actual group thanks to motion capture technology.

Tickets are on sale up to May 2023 and can be booked here.