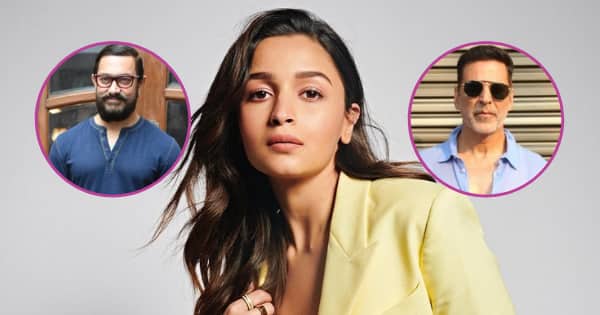 Alia Bhatt‘s Darlings is going to release on Netflix soon. Darlings also stars Shefali Shah, Vijay Varma and Roshan Matthew in key roles. Alia Bhatt’s Darlings trailer got a thumping response when it was released a couple of days ago. It’s a different film from the usual and Alia is known to experiment with her roles. It’s extra special for Alia as it’s her maiden venture as a producer. While she has been getting a lot of love and adulation from everyone, netizens right now are trending Boycott Alia Bhatt. And just wait till to get to know the reason. Also Read – Trending Entertainment News Today: Kangana Ranaut accuses Aamir Khan of starting ‘Boycott Laal Singh Chaddha’ trend; Suhana Khan gets trolled for her skin tone and more

Boycott Alia Bhatt trends on Twitter ahead of Darlings’ release

The Boycott culture is a huge trend in the entertainment news these days. Just in the last couple of days, Aamir Khan, Kareena Kapoor Khan and Naga Chaitanya starrer Laal Singh Chaddha and Akshay Kumar‘s Raksha Bandhan made news for the boycott. And now Alia Bhatt and her film are also being called for a boycott. From what we gather, netizens feel that Alia is promoting domestic violence against men with her film, Darlings. Netizens are finding it very problematic and have called for a boycott of Alia Bhatt. They feel Alia is promoting violence via her dark-black comedy film. One of the netizens compared Alia to Amber Heard while Vijay Varma was compared to Johnny Depp. Check out the tweets here: Also Read – Janhvi Kapoor dying to work with Jr NTR and is eagerly waiting to make Tollywood debut

I don’t understand why Twitter trend #BoycottAliaBhatt ??I m the best actress in this entire world and very hardworking girl..

Empowering men is necessary nowadays and what alia bhatt is doing ?? ?#BoycottAliaBhatt

Not only domestic violence , 498A & 376 is also partial in nature. Exploitation of men are on top but no one is here to listen. Raise ur voice effectively so that men could be treated equally. #BoycottAliaBhatt

#BoycottAliaBhatt always did And yes she is pathetic. Normalizing violence isn’t okay.

What is Darlings all about?

For the unversed, Darlings trailer revealed the storyline of the Jasmeet K Reen (director) movie. It begins with the kidnapping of Hamza (Vijay Varma) who is the husband of Badrunissa Shaikh (Alia Bhatt). Badru used to be a doting wife who suffered abuse at the hands of Hamza. Badru (Alia Bhatt) and her mother (Shefali Shah) kidnap Hamza and torture him just the way he did to Badru. They kidnap him at their home and pretend that he is missing. Badru and her mom also file a missing person complaint. There have ben a lot of graphic violence in the movie trailer. Also Read – Brahmastra: Is THIS Mirzapur actor a part of Ranbir Kapoor-Alia Bhatt starrer?