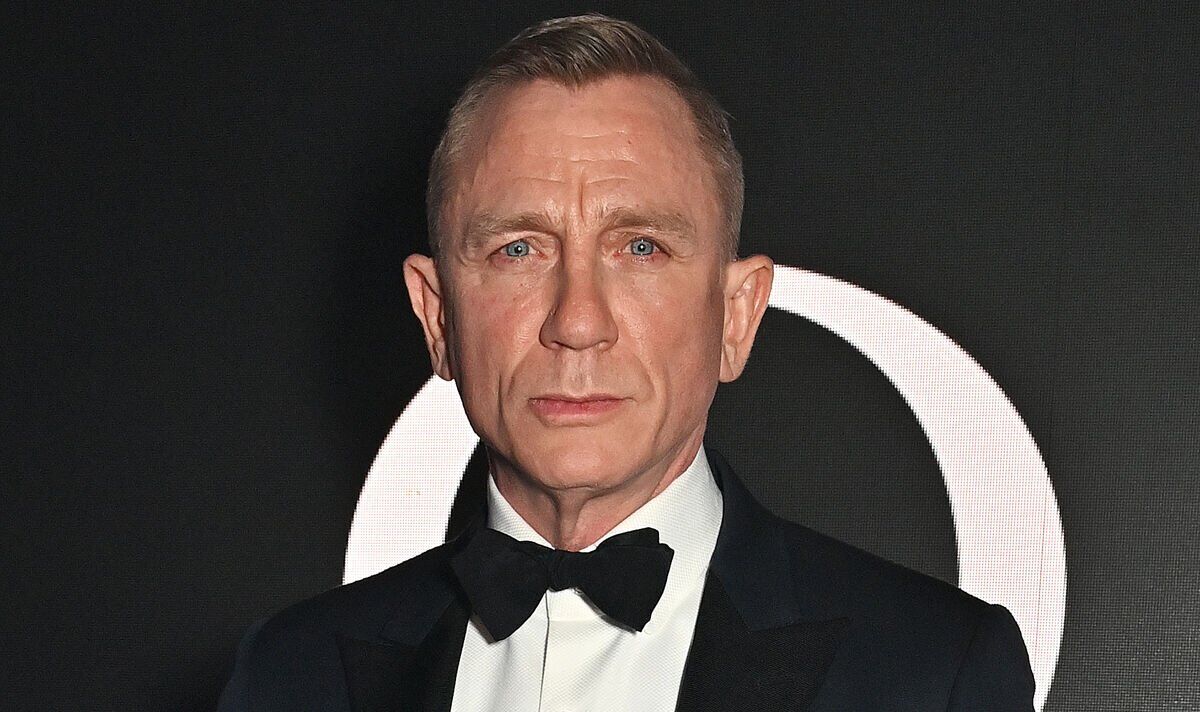 Daniel Craig is making an appearance on The Graham Norton Show today to promote his new movie, Glass Onion: A Knives Out Story. The sequel, which has just hit cinemas, is the first movie the 54-year-old has starred in since he stepped down from the iconic role of James Bond. He brought his journey as 007 to an end last year after his fifth movie, No Time To Die, graced the silver screen. After 15 years of playing the character, he had some sage advice for whoever takes over as the British spy.

At the moment, the next James Bond star has not yet been announced, but fans are predicting it will be another British actor around 30-years-old.

Whoever it turns out to be, Craig hasn’t been shy about giving advice to his successor. He told The Sun last year: “There’s a couple things I’d say. One is don’t be s**t.” He then added: “I would say, you have to grab it and make it your own.”

Craig certainly did exactly that with his version of the character. When he released his first movie in the series, 2006’s Casino Royale, his 007 was shown to be a more brutal take on the character.

Five films later, Craig mused that he left the character and the franchise in a “good place” for the next actor to reinvent the hero once again.

Craig later assured fans that there were still many different avenues to traverse in the future. He said: “I hope I’ve left it in a good place and I hope the next person can just make it fly. It’s an amazing franchise. I still think there’s a lot of stories to tell.”

A lot of debate has been held in the public eye about what the next version of James Bond looks like. Since Sean Connery started the cinematic universe in 1962, the character has been a straight white male. Some have suggested the next iteration of the hero ought to be a Black man, or perhaps even a woman.

However, Craig wasn’t keen on this idea. While in conversation with Radio Times, he said: “There should simply be better parts for women and actors of colour. Why should a woman play James Bond when there should be a part just as good as James Bond, but for a woman?”

Meanwhile, his co-star, Ben Whishaw, had his own opinions on the character’s future.

Whishaw, who is gay, was asked by Attitude magazine if he would like to see a gay James Bond in the near future. He said that would be “extraordinary”.

“God, can you imagine?” he replied. “I mean, it would be quite an extraordinary thing. Of course I would like to see that.” He went on to add: “I really believe that we should be working towards a world where anyone can play anything and it would be really thrilling if it didn’t matter about someone’s sexuality to take on a role like this. I think that would be real progress. But we’ll see, we’ll see where we’re at. I’m amazed by how much has changed just in the last five or six years, so we’ll see.”

Evans, who is gay, suggested that if we were picked to play the next version of 007, his sexuality would not matter to the character.

He said: “I don’t know what the current temperature is with audiences, whether they care enough to worry about what James Bond does in the bedroom. [My sexuality] hasn’t had any impact on any of the roles I’ve played, my slate is so diverse, so varied in such a brilliant way. I’ve played everything and no one seems to have a problem with that. And also Bond has changed.”

At the moment, Ladbrokes’ frontrunners in the Next James Bond odds are Henry Cavill and Regé-Jean Page, both of whom have 3/1 on becoming the new-and-improved 007. Elsewhere in the odds, James Norton has a strong 9/2, while Tom Hardy slips behind with 5/1.

Ladbrokes’ Alex Apati said: “It’s all to play for at the head of the Bond betting right now, with Henry Cavill and Regé-Jean Page 3/1 apiece to play 007 next.”

Watch No Time To Die on Amazon Prime Video now.