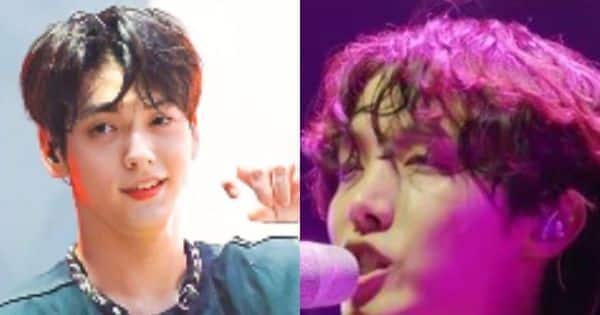 Lollapalooza festival showcased BTS member J-Hope aka Jung Hoseok as an artiste who could hold a solo concert with flourish. His performance has got five-star reviews, and even locals who are not BTS ARMYs found him to be an energetic superstar performer. J-Hope aka Jung Hoseok has now returned to Korea. In the past two months, he rehearsed extensively for the Lollapalooza Festival with new choreography for some songs. The BTS member also took great efforts to promote his solo album. From holding a party for Korea’s top musicians to giving interviews on various channels, he has spared no efforts. Also Read – BTS: The real story behind Jin’s iconic outfit from In The SOOP will leave you surprised

Well, his performance has impressed Big Hit Music’s junior group TXT immensely. As we know, TXT aka Tomorrow X Together is a popular boy band. The boys did sell-out shows at concerts in the US two months back. The members Soobin, Beomgyu, Taehyun, Yeonjun and Huening Kai are huge fans of their sunbaes (senior colleagues) BTS. In a live on Weverse, Soobin the leader said that J-Hope’s personality off and on stage is totally different. He said that Hobi is so cute that he wants to squish his cheeks. He said he did do that someday when he meets him in person. Also Read – This lucky BTS Army’s boyfriend proposed marriage to her in the most epic style and it has a Bangtan Boys connection

TXT member Taehyun said he did love to collab with J-Hope. Beomgyu said that they could have watched J-Hope aka Jung Hoseok live if they stayed over for one more day at Chicago. The boys did hang out with BTS member J-Hope aka Jung Hoseok a bit before he headlined the final day of the show. TXT has also impressed the crowds in the states. They also drew good crowds on Saturday July 30 at Lollapalooza, Chicago. Their fandom is known as MoAs. J-Hope is now resting a bit after a very successful outing in the US. Also Read – What? BTS leader RM once forgot to pull his zipper up on national television and no Army can imagine what happened next