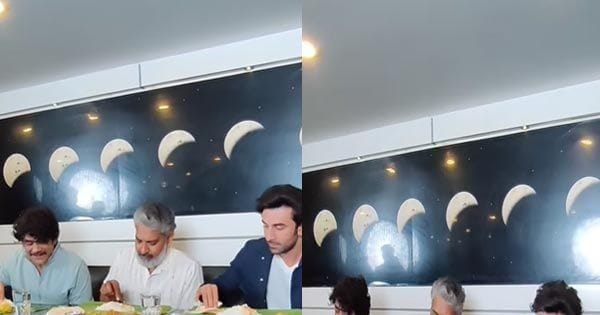 Ranbir Kapoor is right now in Chennai as he is promoting his most awaited film Brahmastra along with Nagarjuna and the face of the cinema SS Rajamouli. Reportedly, Nagarjuna plays Ranbir’s father in the movie. The actor was seen relishing some traditional South Indian food in the city and the video of him lovingly eating the food on banana leaves with his hand is going viral. Everyone is appreciating the actors and the filmmaker for their simplicity, and there is a reason why people can resonate with South stars. Also Read – Ranbir Kapoor apologises after being massively trolled over comment on Alia Bhatt’s pregnancy weight gain