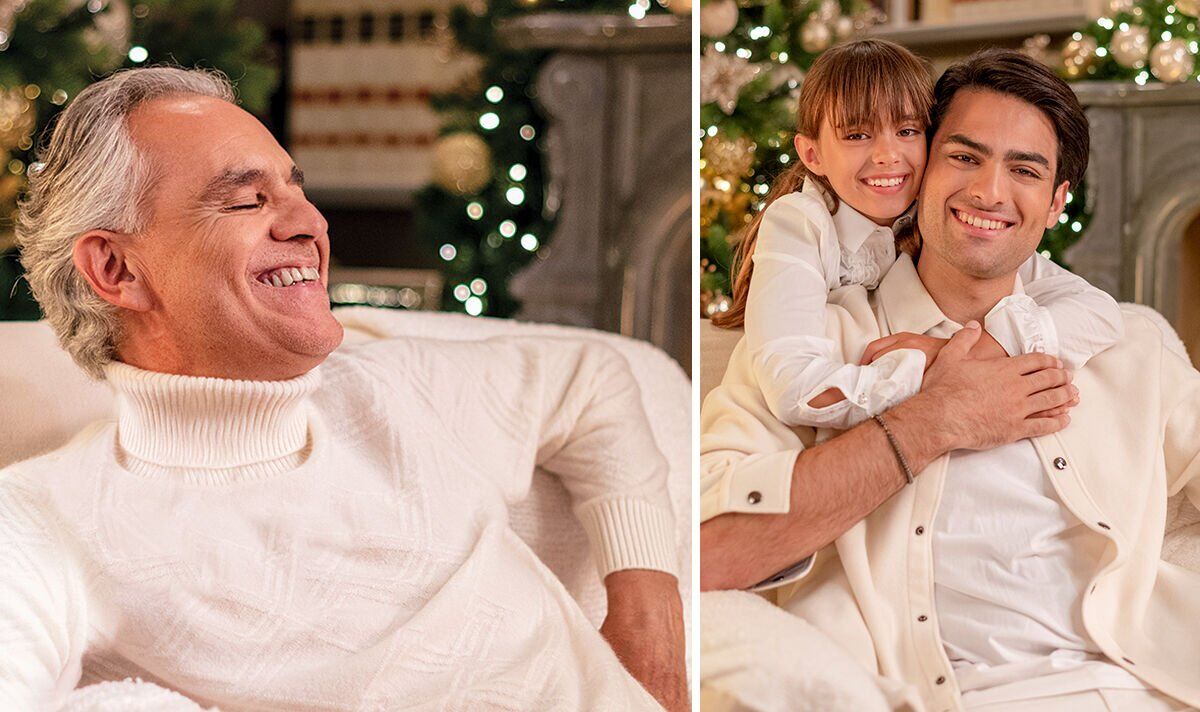 Andrea Bocelli’s children are very much following in the footsteps of their father and are proving to be just as excellent singers. Matteo Bocelli, 25, has released a number of singles this year ahead of his debut solo album in 2023, while Virginia Bocelli, 10, has been performing Leonard Cohen’s Hallelujah with her father around the world on tour. Now the three are releasing a special family album today full of Christmas songs, with another new music video arriving today.

Following Andrea and Virginia’s duet of Somewhere Over The Rainbow and Matteo joining them for The Greatest Gift, today the trio star in a music video for their very own family rendition of Feliz Navidad.

The festive and sweet footage features the three sitting at home surrounded by Christmas trees. Andrea strummed on a guitar while Virginia hugged her greyhound puppy and Matteo was depicted sketching away.

The Italian tenor said of the opportunity to work with his children on the A Family Christmas album: “I think there is nothing more beautiful than making music with your kids; I consider it a privilege.”

A Family Christmas is out now.