Skip to content
HomeEntertainmentAlia Bhatt and Ranbir Kapoor to become parents by end of the year? Baby due in December? Read Exclusive deets 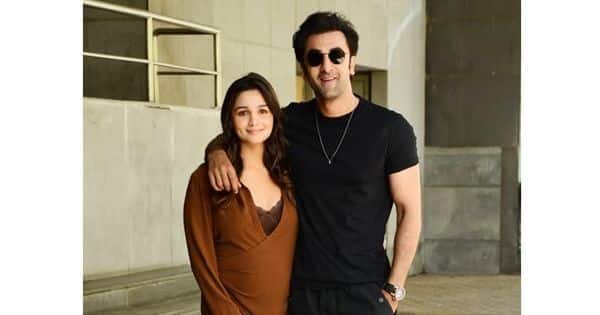 Alia Bhatt and Ranbir Kapoor announced their pregnancy within three months of their marriage. While after the announcement the couple stepped out for the first them ever leaving their fans gushing on them. Alia flaunted her baby bump in the little brown dress and there was a lot of speculation that started that Alia looks 5 months pregnant. As Alia announced her pregnancy, the due date of the actress is still a mystery and her fans are dying to know when is the baby’s arrival. Well, we will let you know. Also Read – Jug Jugg Jeeyo success bash: Kiara Advani gets massively trolled as she ditches pants for a long blazer look; netizens say, ‘Didi pant toh pehen lo’

An insider reveals, “ Alia Bhatt is right now 4 months pregnant and the couple is expecting the baby’s arrival in December that is by the end of this year. Alia is right now taking utmost care of her and is damn excited for her newborn arrival. Whole Ranbir expressed his excitement every time of becoming a father soon while he promoted his film Shamshera. Alia who is on her toes promoting her film Darlings has already kickstarted the promotions of Brahmastra along with hubby Ranbir and this is how they will even send time to with each other. While Alia gets a constant guidance from her mother and mommy in law when needed”. Now, who doesn’t want her hubby every time around in pregnancy? Also Read – Ahead of Sussanne Khan-Arslan Goni wedding, here’s a list of Bollywood divas who found love again and married for the second time

The source further reveals, ” Ranbir and Alia have booked the hospital and mostly they will deliver in the most popular hospital in Khar. Alias regularly does her tests in these COVID times, however, the threat is almost minus, but the couple takes all the needed precautions and does the regular checkups”. The Kapoor Khandaan is eagerly waiting for the baby’s arrival and has done all the preparations for the same. Soon-to-be Dadi Neetu Kapoor never shies to talk about her excitement of welcoming her grandchild.