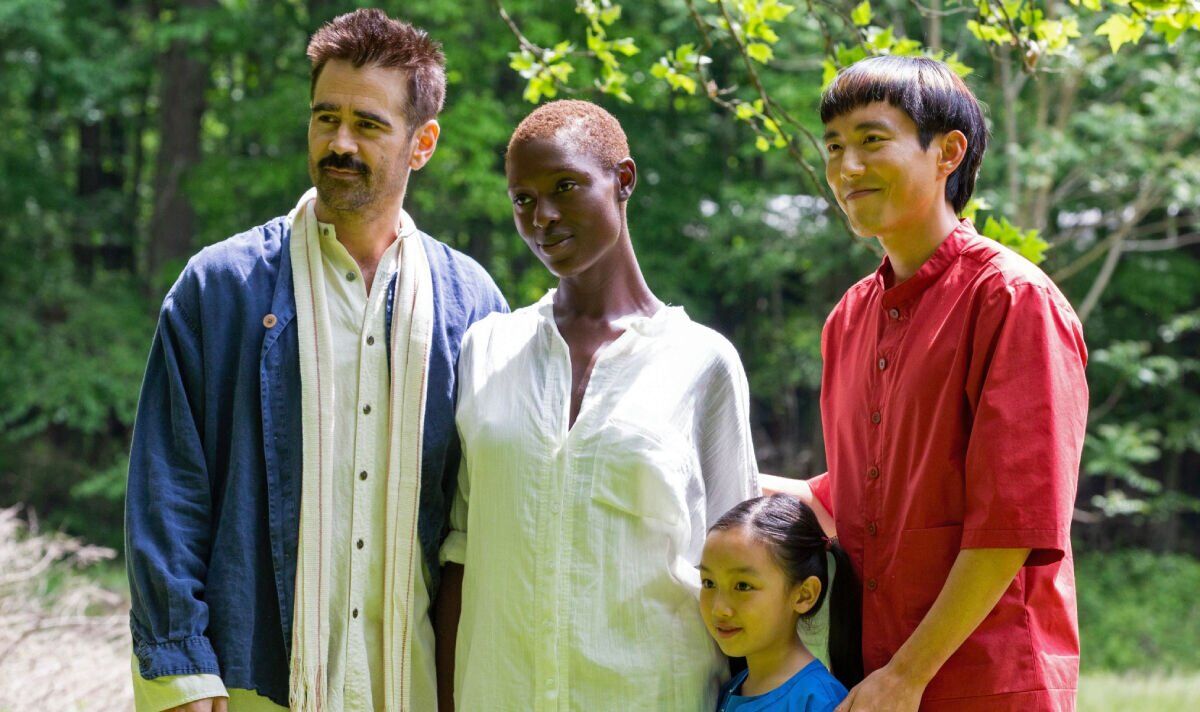 To young Mika (Malea Emma Tjandrawidjaja), “technosapien” Yang (Justin H Min) was the kindly big brother who taught her lessons about her Chinese heritage. To her busy adoptive parents Jake and Kyra (Farrell and Jodie Turner-Smith), he was a trusted companion and a calming influence in their hectic lives.

When he suddenly shuts down, the ties that bind the family together begin to unravel. Floored by grief, Jake seeks a way to repair him. After the manufacturer deems him a write-off, Jake ventures into the black market where an illegal repairman discovers Yang’s manufacturers implanted his chips with spyware so they could steal marketable data from his owners.

After meeting a rebellious academic (Sarita Choudhury), he learns that the sneaky software also captured some of his android son’s memories.

When Jake accesses them, he wonders if Yang fell in love while conducting a secret relationship with a coffee shop worker (Haley Lu Richardson).

As Jake ponders what makes us human and contemplates his own fleeting existence, Farrell comes alive with a restrained and surprisingly touching performance.

Kogonada shows similar restraint in sketching in the details of his near-future America. There are driverless cars, clones and virtual family dancing contests but the technology never overrides the human drama.