In recent times, Salman Khan was granted a gun license after he reportedly faced death threats from the Lawrence Bishnoi group. He is now even traveling in a bulletproof car. After this, Rakhi Sawant has now revealed that her boyfriend Aadil Khan. A video has made its way to the internet in which Rakhi Sawant and Aadil Khan reveal the death threat that he has received. He even reads out the message and there is a mention of Bishnoi. It has been mentioned that he should leave Rakhi Sawant or else there will be consequences. Also Read – Arbaaz Khan Birthday: From marriage to Malaika Arora, bond with ex-wife, relationship with Giorgia Andriani; a look at the Dabangg star’s love life

Rakhi Sawant gets angry
In the video, Rakhi Sawant can be seen as pretty angry. She hits back at those sending death threats and states that one must have to kill her first before touching Aadil. She also says, “Aap log mere bhai ho, behen ka ghar basao, ujado mat.” As the video went viral on social media, many netizens trolled the Bigg Boss star and called her nautanki. A comment read, “Itna fake koi kaise ho skta hai.” Check out the video below and reactions below: Also Read – Laal Singh Chaddha actress Kareena Kapoor Khan FINALLY breaks silence on being offered Rs 12 crore for playing Sita in Ramayana 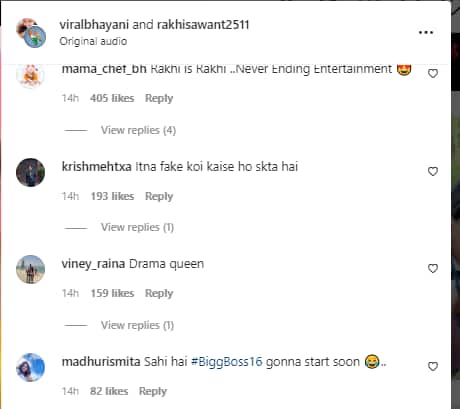 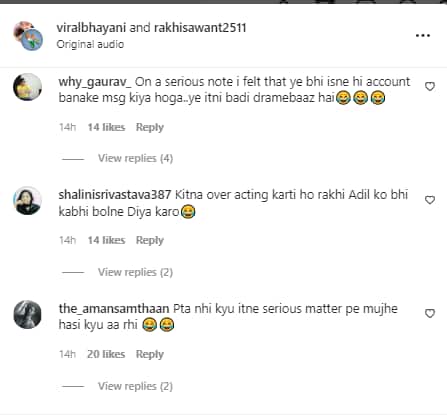 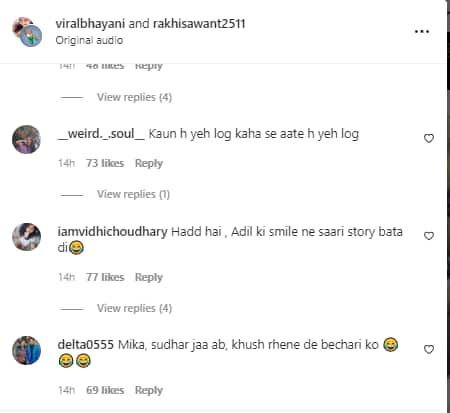 Also Read – Sonam Kapoor to deliver baby in August; here’s how the Kapoor family is prepping to welcome the newborn [Exclusive]

Rakhi Sawant wants to be Salman Khan‘s bodyguard
After he Dabangg Khan reportedly received threats, Rakhi Sawant came out and stated that she wants to be his bodyguard. To media, she said, “I am very happy that Salman got a gun license. Salman sir don’t take tension. Nothing will happen to you. Everyone’s blessings are with you and I keep on praying for him day and night. I prayed for his gun license also so that he can get it to keep himself safe. If required, I can step up to become his bodyguard. I will walk with him and if anyone shoots, the bullet will hit me.” Okay then!