Skip to content
HomeBusinessSmall Business Owners Rush to Clean Up and Fix Up After Hurricane Ian – news.wgcu.org 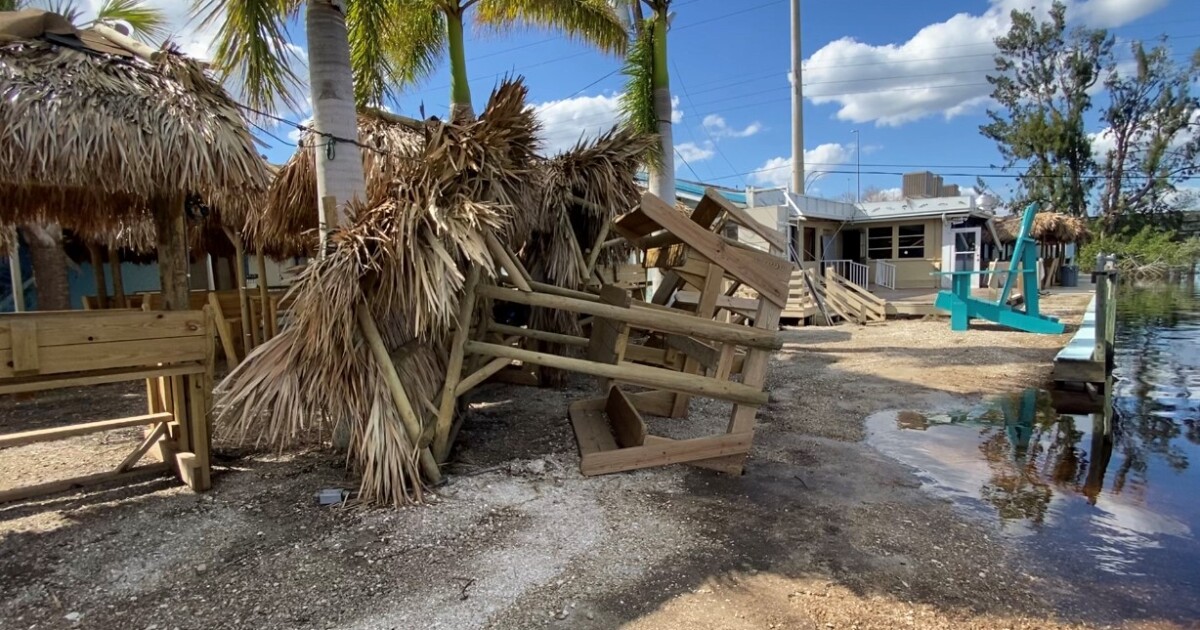 Hector Pescio and the managers at his restaurant, the Tarpon Pointe Grill Marina in Venice, cleaned up broken glass and debris for days. He like other Southwest Florida business owners want to reopen the doors as soon as possible since every day closed means lost revenue. But Pescio knows there’s still plenty to do before that can happen.

“I’m sure the city is going to want to inspect us,” said Pescio.

Not everything is an easy fix on his restaurant which faces the Myakka River. The large back room of the restaurant was covered in plexiglass. He watched that plexiglass covering fly over the restaurant from his surveillance camera from his home in Palm Harbor.

Pescio, originally from Peru, has seen plenty of hurricanes in Florida. But this one felt different.

“Oh, it was just devastation. I could see everything flying away,” said Pescio.

But Pescio has a sense of humor about that destroyed room. Ian helped him kickstart his planned renovation with some free demolition.

“This room is basically one step ahead. It’s gone,” said Pescio.

His positive attitude is coming in handy right now. A roofing crew showed up to his business to install a new roof. The only problem is he didn’t need hire them–he only had a handful of small holes.

“They were at the wrong property. They started taking half the roof off. They realized it and left without saying anything. They were here before I was so I wasn’t able to catch them,” said Pescio.

His huge sign that blew down might have been part of the confusion. Now he’s hoping police will help him catch the crew since they left in such a hurry.

“But half the roof is gone now because of a roofing company that went to the wrong address. So next time very important write your address in front of your building,” he said.

Pescio is hopeful that hiring an insurance adjuster will make sure he’s treated fairly by his insurance company. He says this experience with Ian has made him see what he’ll have to do to build back better and stronger.

“Definitely, moving forward is going to be storm proof.”