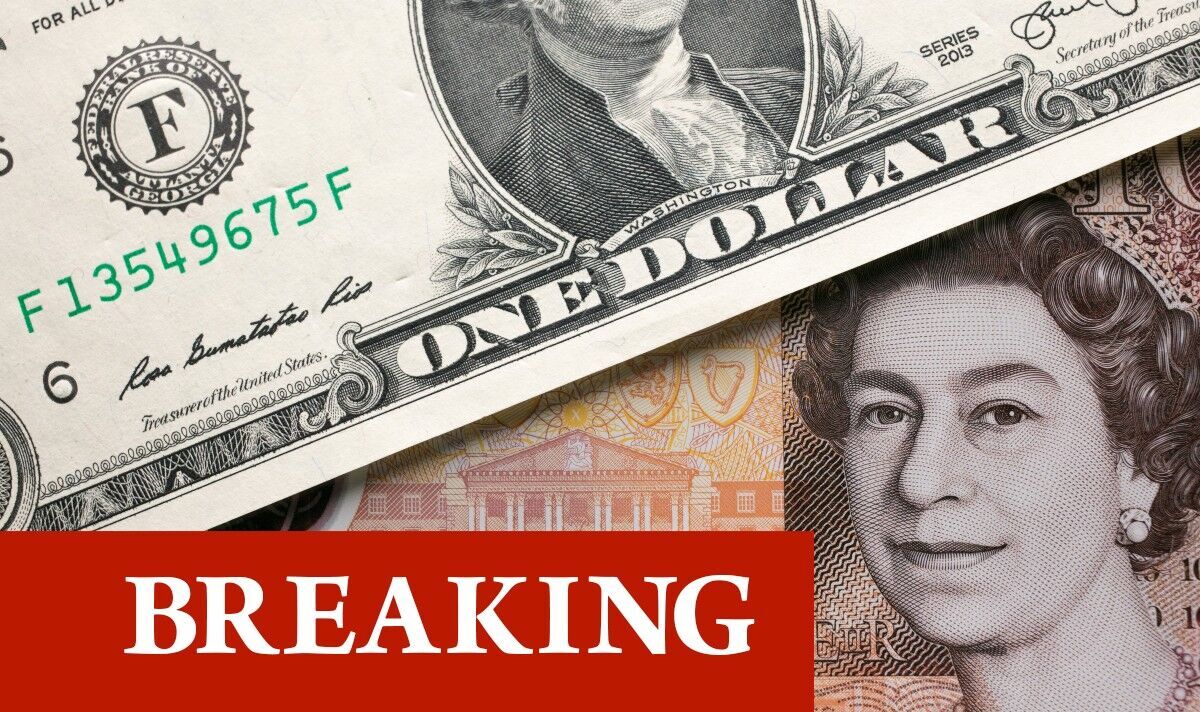 Pound Sterling has plunged against the US dollar after the Bank of England hiked interest rates to its highest level in 14 years. The British currency slumped quickly by more than half a cent and dipped below $1.13 after the announcement, which has seen interest rates jump by 0.5 percent to 2.25 percent from 1.75 percent. The pound had risen to $1.1354 around an hour before the interest hike was announced, but it quickly nosedived to as low as $1.1298 before recovering slightly.

Sterling also fell sharply against the euro. Just minutes before the BoE decision, the British currency had jumped to just below €1.15 but within 10 minutes it had plummeted to €1.1433 before gradually edging back up.

On Wednesday, the pound had already plunged to its lowest since 1985 against the US dollar after a decision from the Federal Reserve to raise its key rate by three quarters of a percentage point.

After the interest rate hike today, the Bank of England said it would continue to “respond forcefully, as necessary” to inflation, despite the economy entering recession.

The central bank has forecast a slight 0.1 percent fall in the UK economy during the current third quarter. This is partly due to the extra public holiday for Queen Elizabeth’s funeral – which, combined with a fall in output in the second quarter, meets the definition of a technical recession.

Today, the BoE’s Monetary Policy Committee voted by a margin of 5-4 to raise interest rates to 2.25 percent.

Financial markets had been fearful of a 0.75 percent hike from the BoE, which would have been the biggest increase since 1989.

Before today’s decision, financial markets had forecast the central bank would increase rates to 3.75 percent by the end of 2022, jumping to a peak of five percent in mid-2023.

Commenting after the latest rates hike, the BoE said: “Should the outlook suggest more persistent inflationary pressures, including from stronger demand, the Committee will respond forcefully, as necessary.”

The central bank is now forecasting inflation to hit a high of just below 11 percent in October, which would be significantly below the the 13.3 percent peak it predicted last month.

This was before Liz Truss triumphed in the Tory leadership contest to become the UK’s new Prime Minister, with a promise to cap energy tariffs and cut taxes.

However, the BoE has admitted inflation is likely to remain in double figures for a few months after October, but will then fall. Consumer price inflation dropped below 10 percent in July following a four-decade high that had been hit in August.

Elsewhere, UK shares also fell following the announcement from the BoE that interest rates would be raised by 50 basis points.

“The door is now open for a bigger hike in November, with the MPC explicitly acknowledging that should their updated outlook points to more persistent inflationary pressures, including from stronger demand, the Bank stands ready to respond forcefully.”