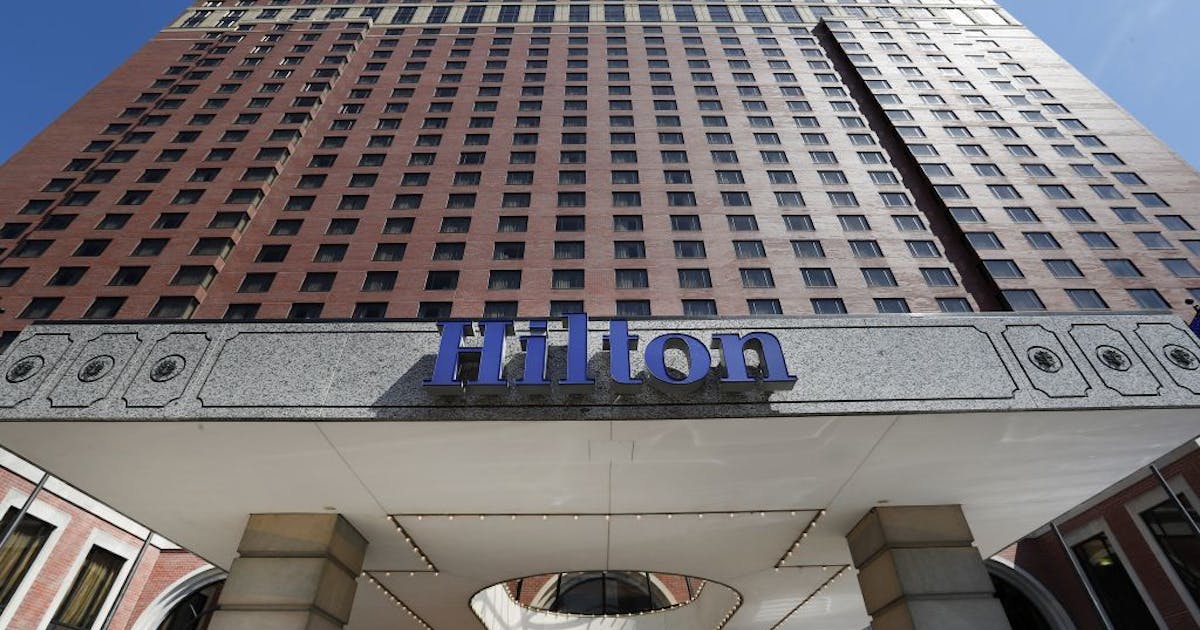 The foreclosure auction for the state’s largest hotel, the Hilton Hotel Minneapolis, has been rescheduled for March 10 even as business approaches pre-pandemic levels.

The Hilton is at the center of a foreclosure case stretching back more than two years. The hotel owners stopped making monthly payments in April 2020 as bookings evaporated at the start of the pandemic.

Wells Fargo Bank, the trustee for J.P. Morgan Chase, which provided a $180 million loan to investors in 2018, filed the lawsuit in October 2020 over the loan default.

Hilton’s fate is viewed by some as a proxy for the future of downtown Minneapolis. The pandemic crushed many businesses. Those that hung on are waiting for a return of vibrancy.

There are some indicators that people — and activities — are returning to the urban core. Doug Greene, part of the investment group that owns the hotel, said he expects the hotel’s revenue this year will match 2018 after a several-year slump.

According to receiver reports in the court filings, the Hilton had $44.4 million in revenue and turned a profit in 2022. That’s up significantly from its 2021 revenue of $12.2 million. The Hilton’s best year was 2019 when it pulled in $63 million in revenue, Greene said.

Greene said the Hilton’s large size makes it expensive to operate under any conditions. But there’s another major hurdle.

“The problem is our interest costs have doubled,” said Greene, managing director of Florida-based Haberhill LLC, which owns the hotel with Chicago-based Walton Street Capital.

Greene said he can’t predictwhether he and the other investors will be able to remain owners of the hotel. Originally scheduled for Jan. 13, the hotel owners were notified Tuesday of the new auction date at the Hennepin County Sheriff’s Office.

“It can take years for this to play out,” Clancy said.

Sometimes last-minute deals will be reached to head off a foreclosure, he said, and today’s hotel market is far more favorable for sellers than they would have in 2020.

The 826-room Hilton has been a downtown landmark since it opened in 1992.

At the time, the city of Minneapolis put up $84.5 million to help finance the hotel project, which drew criticism, particularly from other hotel operators who argued the municipal government was underwriting a large new competitor.

Steve Cramer, who then sat on the Minneapolis City Council, said the city’s money was meant to boost the long-term health of downtown.

“The city at the time had made a decision to build a new, modern convention center. To make that work, there needed to be a convention headquarters hotel, which we did not have. It was kind of a package deal,” said Cramer, now CEO of the Minneapolis Downtown Council.

The city spent $200 million on the Minneapolis Convention Center, which opened in 1989 and later underwent a $208 million expansion in 2002.

Hilton Hotels Corp. acquired the nearby hotel with its brand name in 1999, paying the city $40.5 million for its stake. The hotel has since gone through other ownership shifts.

The city retains ownership of the land and the underground parking garage at the hotel; the land lease for the hotel runs until 2091. “The city owns the garage,” Greene said. “All the revenue goes to the city.”