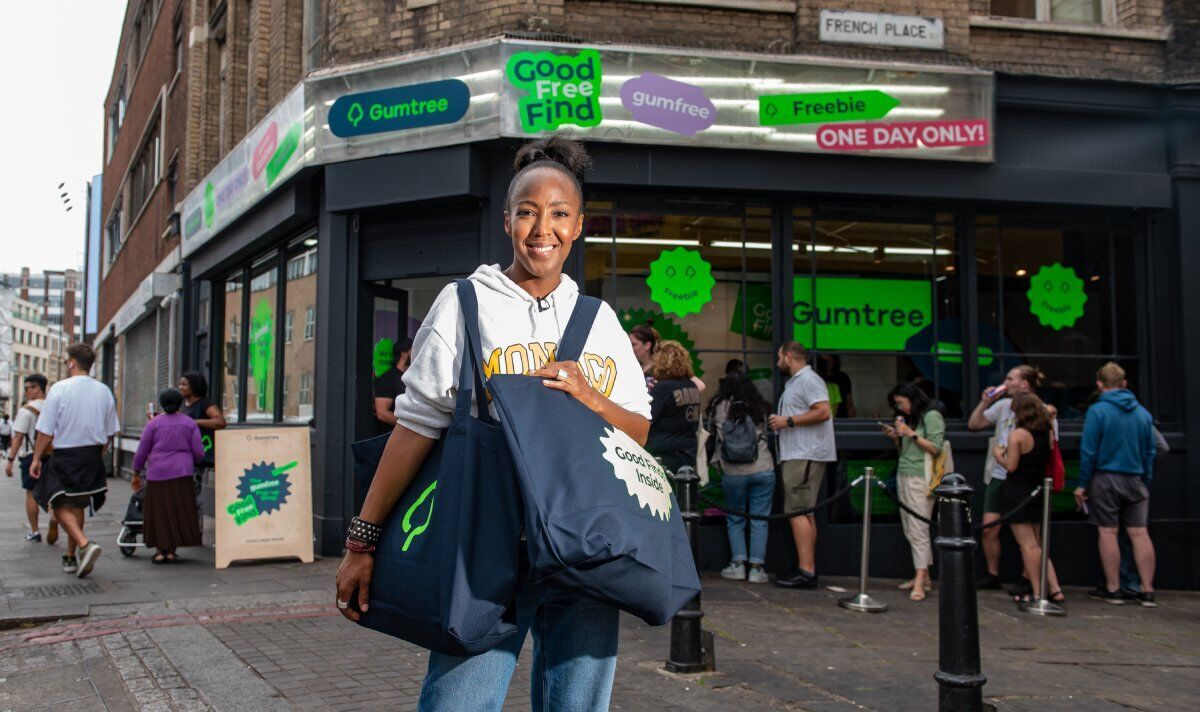 Residents of Bristol claim the least free items – just eight a year – but are the biggest collectors of donated books.

And those in Oxford are quick to accept tech items, while people living in Cambridge like beauty products more than anyone else.

But people from Edinburgh report the highest levels of anxiety if they’re forced to buy something new – as they suspect they could have picked items up for free elsewhere.

The study was commissioned by Gumtree, to mark the opening of its pop-up shop, Gumfree – which brought its “Freebies” section to life in Shoreditch on Saturday.

Attended by consumer champion and TV presenter Angellica Bell, and with a special offering from Charity Shop Sue, products picked up at the store also enabled shoppers to do their bit for the environment, by extending the life of goods and reducing waste.

A spokesman said: “Our results found that in the last six months there’s been a shift in consumer habits, and Londoners especially are always on the hunt for freebies – so we brought them a whole shop’s worth in real life.

“But the trend of sourcing everyday items for nothing is something we are seeing across the country, particularly with the rising pressures of the cost-of-living and the climate crisis.”

With the cost-of-living crisis causing over half of Brits (54 percent) to feel anxious, the study also found those living in Cardiff feel financial anxiety more often than anyone else, worrying about money at least three times a day.

Those in Birmingham are most likely to be concerned about paying for household bills like energy and water (64 percent).

And Cambridge residents worry more than any other cities in the UK when it comes to paying for holidays.

Across the UK, 42 percent are keen to keep the freebie hunting up as it’s a more sustainable way of shopping, with the same amount wanting it to become more accessible within society.

It also emerged the average adult owns nearly £100 worth of belongings they’d happily part with.

And four in five (79 percent) currently own items they’d happily give away for free to give them a new lease of life, according to the OnePoll study.

Gumtree’s spokesman added: “More and more people are starting to wake up to the idea that not everything has to be bought brand new, especially as new products can often go down in value quickly – with jewellery, furniture, and home appliances being key examples of this.

“However, although the attitudes towards free products are starting to change, there is still more that can be done.

“Opening our first Freebies space was a step towards helping consumers see the value in getting something without spending a penny, and the savings that can be made by purchasing pre-owned items.”