Gateway Community and Technical College has named Dr. Chris Rickels the new dean of Business, IT and Professional Studies.

Most recently, Rickels was the Associate Dean of Arts & Sciences, and an Assistant Professor in Philosophy at Gateway. He first joined Gateway in 2015 as a Program Coordinator in Communications, Humanities, and Foreign Language. 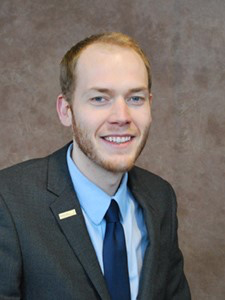 As the Associate Dean, Rickels was influential in the development of numerous academic pathways that provided degree-seeking students with credentials that were seamlessly transferrable to the institution of their choice.

During his tenure, Gateway’s Division of Arts and Sciences developed over 80 academic pathways that led to four-year degrees at Northern Kentucky University, Thomas More University, the University of Cincinnati, Mount Saint Joseph University, and the Cincinnati College of Mortuary Science.

During his time with Gateway, Rickels has also played a significant role in the college’s student success and retention rates. Calculations showed that Gateway’s Division of Arts and Sciences achieved a retention rate of 57% in the Fall 2022 semester (4% higher than the national average for community colleges – according to the National Student Clearinghouse).

Rickels’ experience as an educator includes multiple years as an Adjunct Professor at both Thomas More College and Northern Kentucky University.

Rickels is a published author with numerous acknowledgments and appearances on academic presentations and educational panels. He is an experienced educator with a strong background in leadership, student success, and personnel advancement.