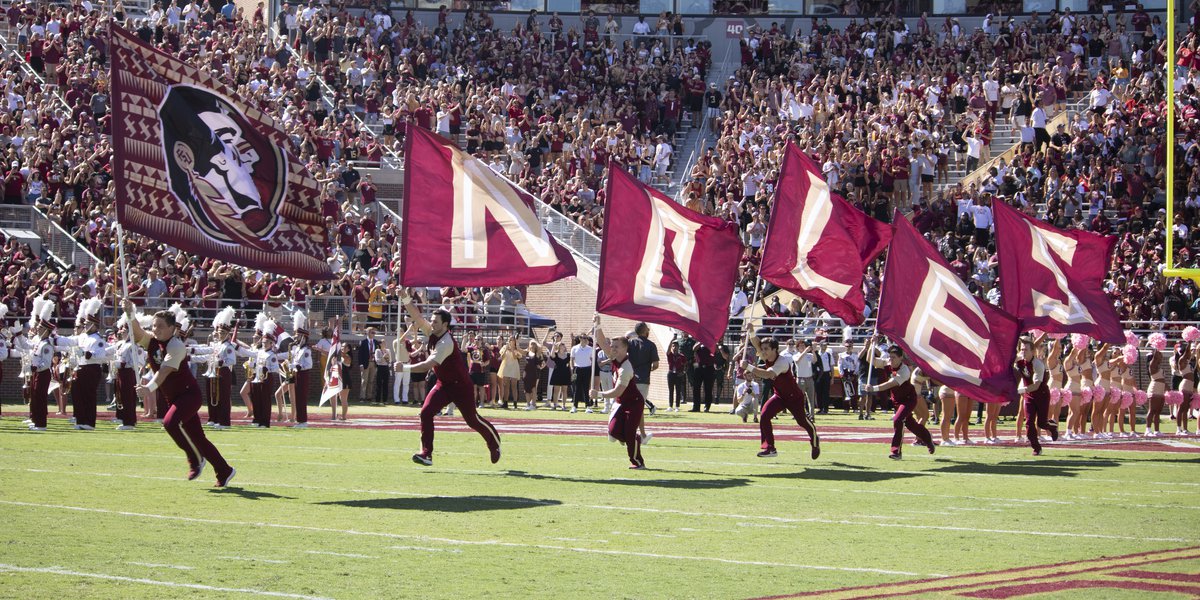 TALLAHASSEE, Fla. (Noles247) – No. 19 Florida State dominated Louisiana from beginning to end on Saturday afternoon at Doak Campbell Stadium in Tallahassee, Fla., as the Seminoles defeated the Ragin’ Cajuns, 49-17.

FSU improves to 8-3, while Louisiana falls to 5-6 on the season.

The Seminoles had their most productive half of the season on the scoreboard as they posted 35 points in the first half.

On the day, the Seminoles posted 440 yards, including 251 rushing yards. It marks the sixth consecutive game that FSU has rushed for 200 or more yards.

Some individual standout performances include quarterback Jordan Travis going 9-of-14 for 112 passing yards and a touchdown, while adding five rushes for 38 yards and a pair of touchdowns. He played one half of football. Travis’ touchdown pass went to wide receiver Malik McClain on a 9-yard strike that included a great hands catch by the wideout.

Running back Treshaun Ward, who rushed for 38 yards, scored two touchdowns on the ground. Fellow running back Trey Benson led the Seminoles with 80 rushing yards on 16 carries and scored once.

On defense, safety Jammie Robinson turned in another stellar performance. In a half of football, he had six tackles, including three solo tackles. He also had a tackle for loss, a quarterback hurry, and a pass breakup. He had an impressive tackle on a fourth down by Louisiana where he forced a turnover on downs.

Defensive tackle Fabien Lovett forced a fumble early in the second half, which was recovered by safety Shyheim Brown.

Louisiana finished with 289 total yards, with a lot of that coming during garbage time and against FSU’s second and third team defenses.