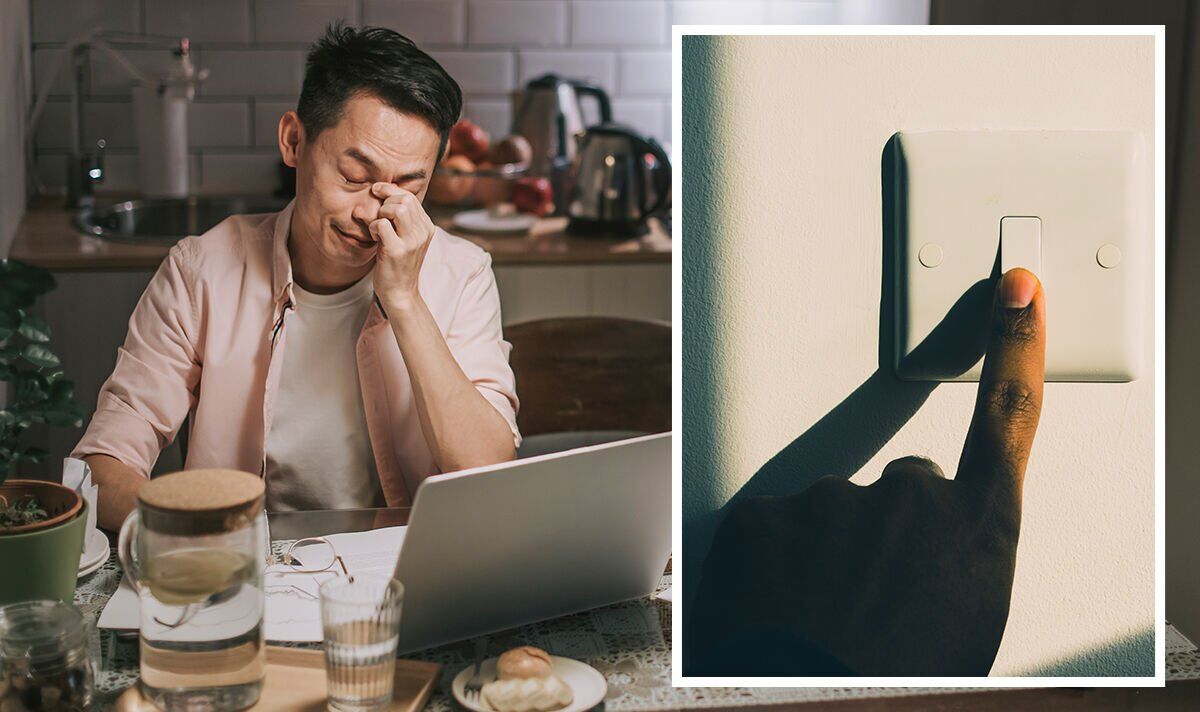 People are looking around for whatever way they can to cut their energy consumption so they can be able to have the option to turn on their heating this winter. Andy Kerr, founder at the boiler installation firm BOXT stated that it was understandable that many were feeling stressed and concerned about the next few months as the situation feels quite simply uncontrollable for the normal Briton. He explained that promoting “actionable tips and tricks” that Britons can easily adopt and may not be as obvious to many, could possibly help people feel a little bit more in control and could “make a difference to households, even if it’s a small one”.

Mr Kerr added: “While it might feel a little tedious, there are lots of simple hacks to reduce energy consumption if you make small changes.”

One “quick fix” which Mr Kerr recommends that households do is to switch out their bulbs for LED ones as the UK needs to have access to lighting, especially during the darker half of the year.

Lighting, on average consists of around six percent of energy costs annually and a single light bulb at 60 watts is equal to 0.06 kWh, so if it’s switched on for eight hours, that is equal to around 8.3p per day which across a year could possibly surpass £30.

He said: “The upfront cost of replacing your bulbs with more energy-efficient choices and turning non-essential lights off would definitely help save on electric bills in the long term.”

Due to the COVID-19 pandemic, a lot of companies have changed the way they allow employees to work with many taking up the option of hybrid or remote work.

READ MORE: Are they being reclusive? Indication your vulnerable relative is being scammed

Mr Kerr said: “With the increase in remote working contributing to rises in energy usage and therefore price, it could be recommended to work from a laptop instead of a desktop computer and to unplug your laptop once it is fully charged to save on the consumption of electricity.”

According to the energy comparison website SUS-IT and based on the price cap from April 2022, the annual average running costs for a standard desktop computer can range from £15.37 to £68.40 depending on the model.

The cost of running a standard laptop can be significantly less at between £2.41and £25.96 depending on the model. Separate monitors are also a lot cheaper to work on as they range from around £2.41 to £8.50 in annual costs.

As Britons will need to continue using their washing machine through the energy crisis, the average costs of running a washing machine is around £40.50 annually, this sits at around 270 washes.

Mr Kerr recommends that instead of using the machine’s eco-friendly half-load settings, people should opt for larger washes instead.

He said: “This way you’ll end up doing fewer washes, and saving more money. Furthermore, turn the temperature down, there’s little need to wash your clothes above 30ºC in most cases.”

Mr Kerr said that although it will be harder in the winter, “it makes sense” to ditch the dryer and take advantage of the hotter days now so they can save energy for use later on.

READ MORE: Ways to save less water and save money on bills

Dishwashers are another thing that in renowned for “guzzling up energy” with the average dishwasher costing around £248.20 annually to run. However, if a household is unable to give up the gadget there are ways that they can reduce their cost by a small amount.

Mr Kerr explained that most dishwashers eco-friendly are actually “useful” as they heat up the water slower which will use less energy,

He added: “However, your dishes will take a little longer to be cleaned.”

Leaving things on standby is a bad habit that many Britons can admit to being guilty of but it really needs to be a priority for Britons at the moment.

Mr Kerr said: “Everyone is responsible for doing this, but once you’ve finished watching your TV for the night and turned it off, simply switch off the socket. All the time it’s left on standby with the socket on, it slowly drains energy adding more to your bills.”

Even though the cost of leaving something on standby isn’t a monumental amount, at around £16.24 for the year according to energy supplier Utilita.

Another small habit for Britons is to resist the urge to fully boil their kettle when making a hot drink as it approximately costs around 4p to boil a full kettle.

Mr Kerr added: “Instead, add only the amount of water you need, this will make your kettle boil faster, meaning it’ll be consuming power for a shorter time and saving you money.”

According to research by BOXT, Britons living in London have seen the largest increase in their electricity bills compared to average income with Londoners seeing 3.6 percent of their income being spent on just electricity costs.