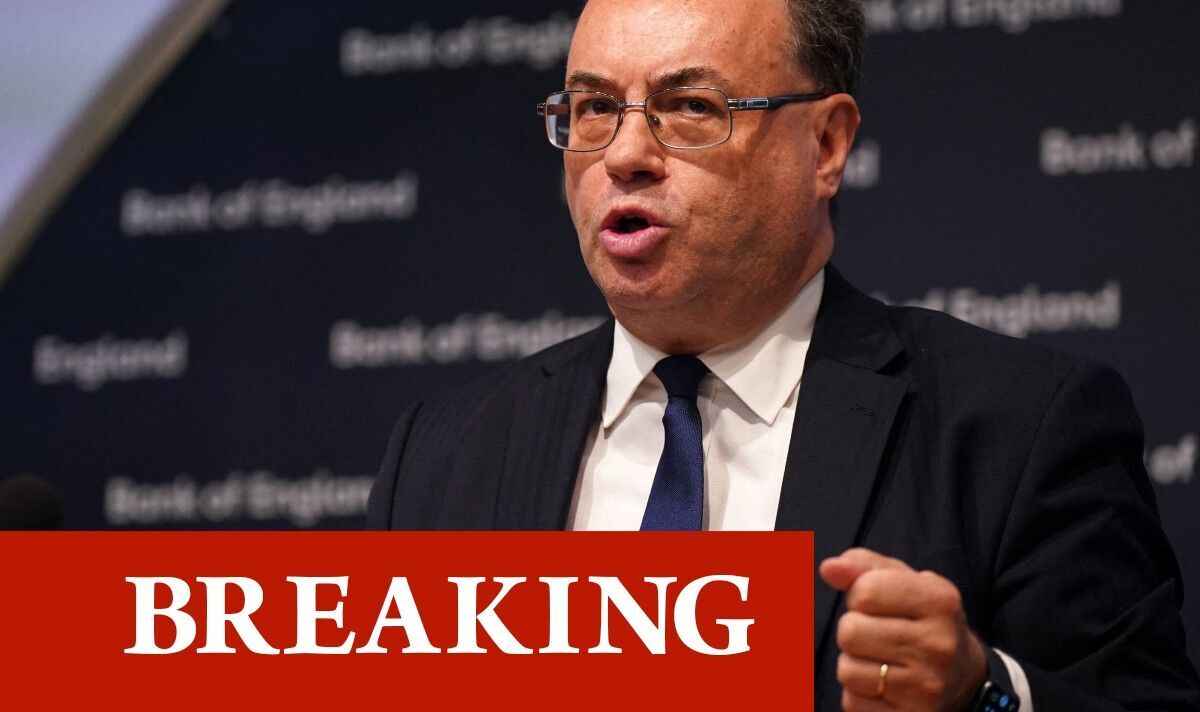 The Bank of England has warned Kwasi Kwarteng‘s mini-budget, which saw the pound sterling plummet to a record low against the dollar, will require “a significant monetary policy response”. Chief economist Huw Pill reasserted the Bank of England’s willingness to act quickly to bring inflation under control. He told the International Monetary Policy Forum: “I think it’s hard not to draw the conclusion that all this will require a significant monetary policy response. Let me leave it there.”

There are “challenging times” ahead to return inflation back to the BoE’s target of two percent.

Mr Pill, who has been the BoE’s chief economist since September 2021, has consistently voted in line with Governor Andrew Bailey and the Monetary Policy Committee (MPC) as a whole on their decisions over interest rates.

There was panic yesterday as the pound slumped to a record low against the US dollar after Mr Kwarteng announced a raft of tax cuts in his mini-budget on Friday.

Last week, the BoE raised interest rates by 0.5 percent to 2.25 percent, but there are now fears this will have to be hiked much higher.

The BoE has been urged to take quick action and yesterday gave a strong indication that interest rates could be raised even further while the Government presses ahead with its plan to cut taxes.

In a statement, Mr Bailey said the bank would “act accordingly” when it makes a full assessment at its next scheduled meeting of the “impact on demand and inflation from the Government’s announcements”.

He also warned the Monetary Policy Committee (MPC) “will not hesitate to change interest rates by as much as needed to return inflation to the two percent target sustainably in the medium term, in line with its remit”.

The Bank of England Governor said in the statement: “The Bank is monitoring developments in financial markets very closely in light of the significant repricing of financial assets.

“In recent weeks, the Government has made a number of important announcements. The Government’s Energy Price Guarantee will reduce the near-term peak in inflation.

“Last Friday the Government announced its Growth Plan, on which the Chancellor has provided further detail in his statement today.

“I welcome the Government’s commitment to sustainable economic growth, and to the role of the Office for Budget Responsibility in its assessment of prospects for the economy and public finances.

“The role of monetary policy is to ensure that demand does not get ahead of supply in a way that leads to more inflation over the medium term.

“As the MPC has made clear, it will make a full assessment at its next scheduled meeting of the impact on demand and inflation from the Government’s announcements, and the fall in sterling, and act accordingly.

“The MPC will not hesitate to change interest rates by as much as needed to return inflation to the two percent target sustainably in the medium term, in line with its remit.”