Skip to content
HomeBusiness2022 World Series business tale of the tape: How the Astros and Phillies compare – The Athletic 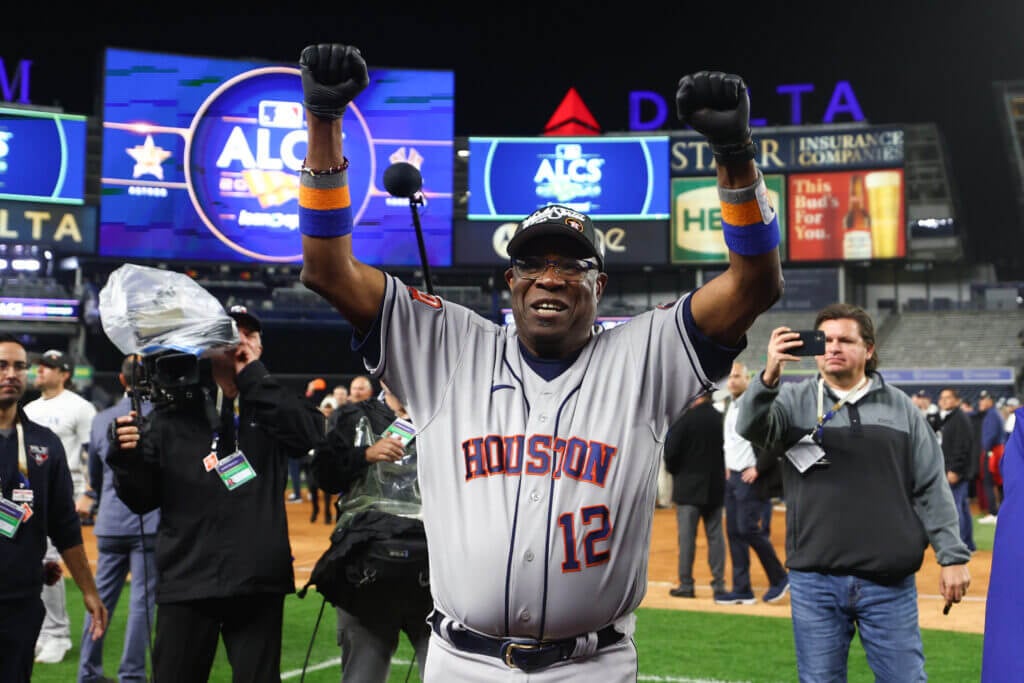 The World Series, now played mostly in November rather than October, begins Friday evening with the Philadelphia Phillies at the Houston Astros.

While many fans will scour lineups, study a dizzying array of statistics and critique every managerial decision, some fans also are intrigued by the dollars and data around the commercial aspects of the game.

So for those interested in more than dingers and sliders, below is a viewer’s guide to compare the teams as businesses on and off the field, and to measure their reach financially and on social media. You can use the data to contrast the clubs beyond the usual metrics of wins, runs scored, WAR, etc., or just take note of interesting background info.

It’s important to note that the team financial data below, particularly the revenue and income figures (EBITDA) calculated by Forbes, are from the 2021 season because current season estimates won’t be available until next year. The teams themselves don’t disclose their finances.

On the broadcast side of things, the Astros-Phillies series is carried by Fox as part of the network’s $5.1 billion broadcast rights deal inked with Major League Baseball in 2018 and running through 2028. Fox has exclusively aired the Fall Classic since 2000.

The series is a contrast of baseball teams, one born in the Gilded Age and one at the start of the Space Age. When the Phillies (then called the Quakers) first took the field at a former horse market called Recreation Park on May 1, 1883, the White House was occupied by President Chester A. Arthur, New York City was getting its first electric streetlights from Edison, Mark Twain was a year away from publishing “The Adventures of Huckleberry Finn” and America had a population of just 50 million.

The Colt .45s, as the Astros were called until 1965 to reflect Houston’s critical role in the space program and the team’s move into the Astrodome, played their first game on April 10, 1962 — two months after astronaut John Glenn made the first U.S. orbital spaceflight. The country had about 182 million people, and gas was 28 cents a gallon. Oh, and the world nearly suffered a nuclear apocalypse over Soviet missiles in October 1962 in what became known as the Cuban Missile Crisis.

Houston has been to four of the past six World Series, winning in 2017 (featuring the cheating scandal exposed by The Athletic in 2019), while the last of Philadelphia’s seven appearances came in 2009, with a victory in 2008.

Astros controlling owner Jim Crane, 68, is a billionaire thanks to getting into the logistics industry in the 1980s and then selling companies to amass his fortune. He’s chairman of Crane Worldwide Logistics and is CEO of Crane Capital Group. His business portfolio also includes restaurants and a winery.

Crane doesn’t own the team outright. He has a reported 40 percent controlling stake in the Astros as part of an investment consortium that paid a reported $615 million in 2011.

Philadelphia’s ownership structure also is a consortium, led by billionaire John Middleton, 67, who is heir to a family tobacco fortune that began in the 19th Century. He eventually sold the company to Altria Group, which is the successor corporation to Philip Morris Cos. Inc. for nearly $3 billion in 2007. He first acquired a share of the Phillies in the 1990s and increased his equity over the years to nearly 50 percent, becoming controlling owner. The Montgomery and Buck families along with Pat Gillick have ownership stakes, per the team.

If Philadelphia wins it all, it’ll mean front office boss Dave Dombrowski will have taken four teams (Marlins, Tigers, Red Sox, Phillies) to a World Series and will have won with three of them. Sorry, Detroit.

While baseball continues to deal with an aging fanbase and ongoing declines in its national television consumption, MLB’s owners are not going to end up with a cardboard sign pleading for change on a street corner any time soon.

Thanks to enormous media rights, sponsorship and other business deals, MLB teams continue to gain value. In Forbes’ annual MLB club valuations, the Phillies rank eighth while the Astros are 13th. Winning the World Series certainly won’t hurt those values, especially if the teams opt to increase ticket, suite, parking, merchandise, marketing and other business deals and revenue streams.

The rich, as they say, get richer.

In 2020, when the MLB season was reduced to a 60-game schedule for each club because of the pandemic, many teams were forced to borrow to fund operations and salaries. It’s unclear if the Phillies and Astros took on debt then, and if so, how much has been retired. Some teams borrowed as much as $100 million.

Bryce Harper, who inked a 13-year, $330 million free-agent contract with Philadelphia before the 2019 season, will finally appear in his first World Series at age 30 after seven All-Star nods and two NL MVP awards.

Another revenue stream for ballclubs is stadium naming rights, and both World Series teams enjoy such cash flow.

For the Astros, orange juice brand and Coca-Cola-owned Minute Maid will pay the team $178 million from 2002 through 2028-29. It previously had been called Enron Field under a 30-year, $100 million deal with the now-defunct energy trading company that collapsed in 2002. The Astros reportedly paid $2.1 million to exit that deal.

Minute Maid Park’s construction was financed with $180 million from local hotel and rental-car taxes and $70 million from the then-Astros ownership. The venue is owned by the Harris County-Houston Sports Authority.

For the Phillies, it’s a 25-year, $95 million agreement with Rhode Island-based Citizens Financial Group that expires in 2028. Citizens Bank Park, owned by the city, was financed with $229 million in public money from the city and state, and the remainder was private money.

The annual Fan Cost Index is an estimate of how much it costs to take a family or group of four to a regular-season game. For Astros fans, it’s about $355 while Phillies fans pay almost $270 — a difference of about $85.

Houston manager Dusty Baker still seeks his first World Series title as a skipper, having won in 1981 as an outfielder with the L.A. Dodgers when they beat the Yankees. He managed the San Francisco Giants to the National League pennant in 2002 and won the American League pennant with the Astros in 2021-22.

Overall, the 2022 World Series is a match-up between a Houston club that saw success in the mid-1990s through a 2005 World Series appearance that preceded an ugly era (including a 111-loss 2013 season) and subsequent successful rebuild, and a Philadelphia team that struggled for much of the 1990s and 2000s before a great run under Charlie Manuel from 2005-13 followed by a decade of mediocrity that set the stage for this year’s run at a ring.

Houston, coming off a World Series loss to Atlanta, fixed some holes in the line-up and never fell out of the division lead after May 11.

It was a tougher road for the Phillies, who were 21-29 and 12.5 games back under manager Joe Girardi on May 31. He was fired on June 3 and replaced by Rob Thomson (who was given the job full time on Oct. 10). They salvaged the season to earn a wild-card berth (despite losing 13 of their final 19 games) and then in the postseason knocked off the Cardinals, Braves and Padres to reach the World Series.

Note: Social media data is through the afternoon of Oct. 26.